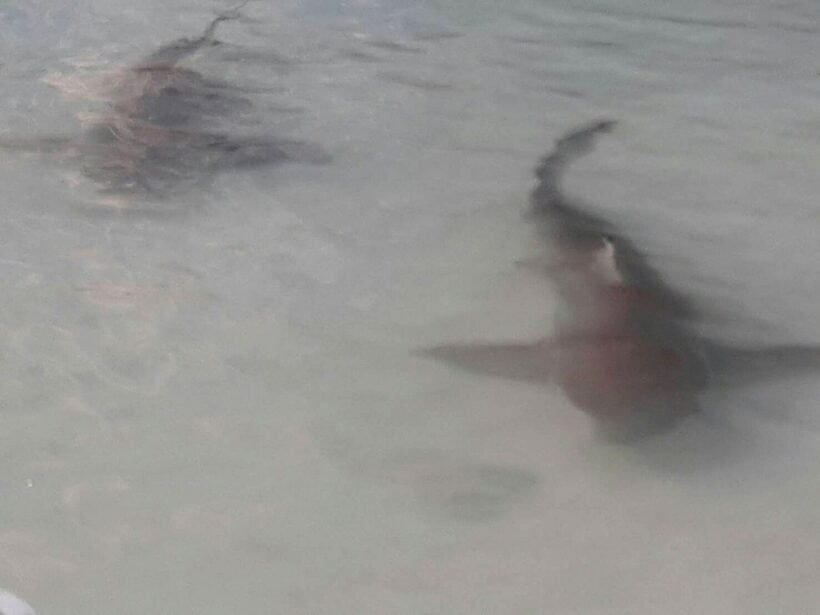 The sharks were about on metre long and weighing an estimated 10 kilograms each. They were spotted at the beach in Koh Hong where they hunt for small fish in the shallow waters. The national park officers were able to get some pictures of them while the hunt was on before heading out for deeper water about 30 minutes later.

“The sharks routinely come to find food around Koh Hong Beach as the area is lush and full of small fish. Mainly they come into the shallow waters at night,” said Jumpen Pompakdee, head of the Koh Hong National Park.

“Blacktip reef sharks are not aggressive nor harmful. This year they visited the beach less often. We found them only 2 or 3 times. I believe they live around Koh Hong area and it is prohibited to fish right across this national park area.” 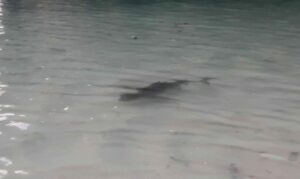