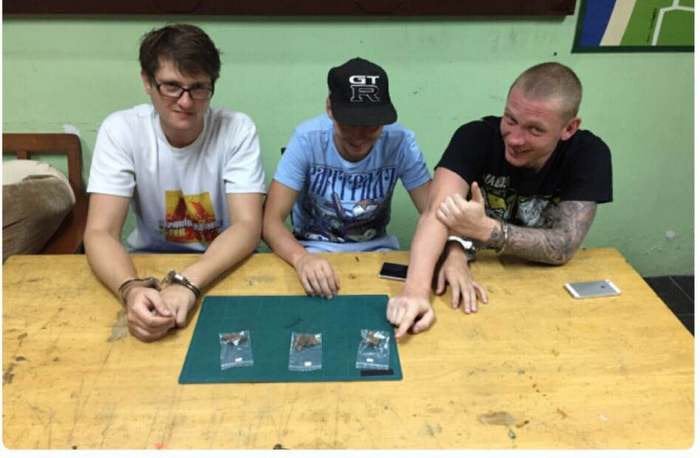 PHUKET: Six people were arrested on Tuesday as part of an island-wide anti-drug and crime campaign during the Vegetarian Festival.

Russians Evan Klepinskovski, 29; Nikola Klesko, 30; and Maxim Fedorenko, 27, were each arrested for possession of more than four grams of marijuana, confirmed Lt Col Sutthichai Thianpo of the Patong Police.

All three were charged with possession of a Category 5 drug.

In a separate raid, Woraporn Uttama, 24; Siripasorn Muenkajorn, 20; and Chanukan Srithong, 23, were found with a total of more than a gram of ya ice (crystal methamphetamine).

All three were charged with possession of a Category 1 drug.