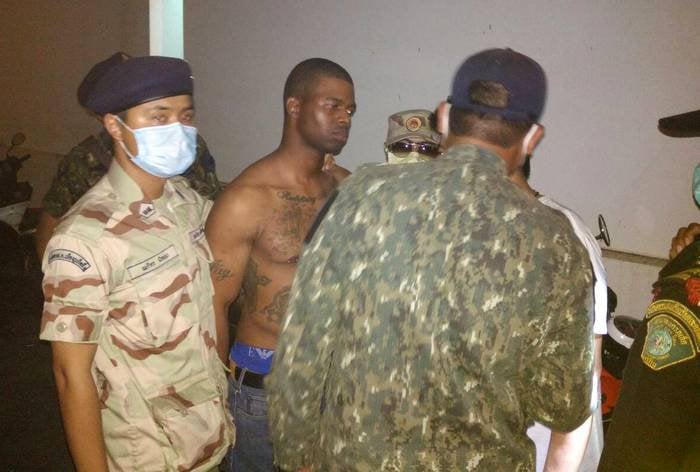 PHUKET: Police nabbed a foreigner found urinating behind a Phuket Vegetarian Festival offerings table in the middle of the explosive festivities near Surin Circle last night.

The shirtless, inebriated man was found on his knees delivering a most unwanted offering of his own behind a table of fruits, joss sticks and drinks that were being offered up to the spirit mediums, as Chinese shrine processions marched down the road to send the Nine Emperor Gods skyward.

Though upset and feigning to kick the man, those participating in the festivities contacted authorities instead of becoming directly involved in the situation.

“We did not learn his name as he was very drunk and wasn’t even able to communicate clearly,” Phuket City Police Deputy Superintendent Chao Phomna told the Phuket Gazette today.

“Civil Defense Volunteers grabbed the man down a small alleyway and brought him back to the station to sober up.

“We just wanted to bring him in to prevent any further disturbances to those celebrating and to be sure that he would not hurt anyone, and that no one would take revenge on him.”

No charges were filed against the man, Col Chao confirmed.