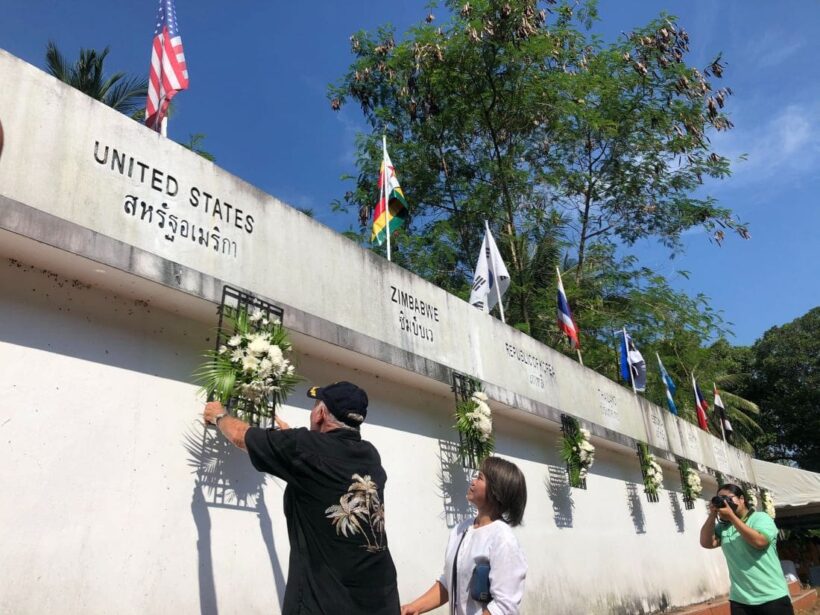 Three religions ceremony were held yesterday at the Tsunami Memorial Wall in Mai Khao yesterday commemorating 14 years since the deadly tsunami that struck the island.

About 100 people joined the ceremony conducted in the style of three religions – Buddhism, Islam and Christian. Flowers were placed at the wall by survivors and the families and friends of those that perished during the event.

At the time, the area was used to store bodies while the identification process was being conducted.

Locals, tourists and provincial dignitaries also gathered yesterday at Patong Beach for a remembrance ceremony commemorating 14 years since the deadly tsunami that struck the island on the morning of December 26, 2004.