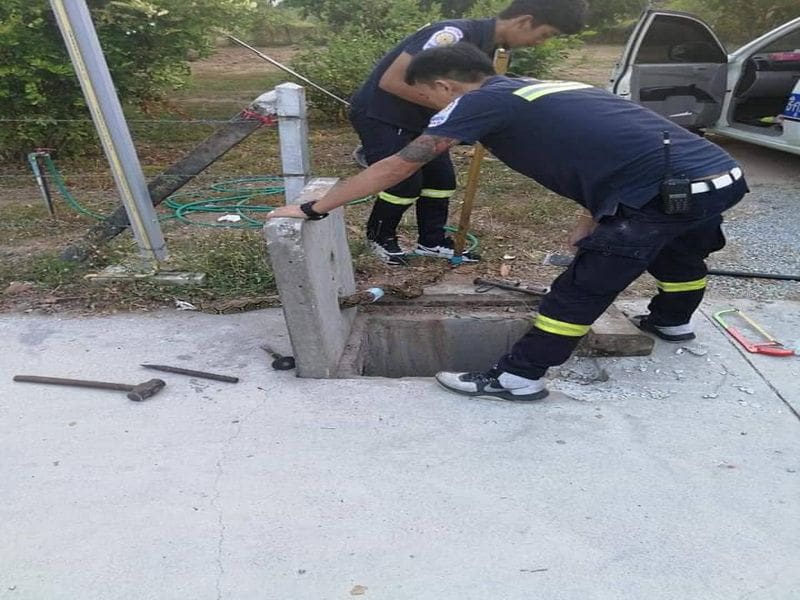 A two metre python has been rescued after getting stuck in a water drain cover in Wichit yesterday.

Kusoldarm rescue workers heard from locals that the python was stuck in the water drain cover near the Wichit Police Station.

A specialist snake catcher from Kusoldarm Foundation, Poonsab Saeueng, along with other rescue workers arrived at the scene to find the python sticking out of the water drain cover.

Its head and half its body was on one side of the hole, while its tail and the other half of its body were stuck on the other side. The python couldn’t move.

Rescue workers opened the drain’s cover and gently chiseled away at the hole before slowly pulling the python out.

It took about one and a half hours to pry the python from the drain cover. Scratch wounds were found on its body. It is now being treated before being release back to the forest in the Khao Phratheao Non-hunting area in Thalang. 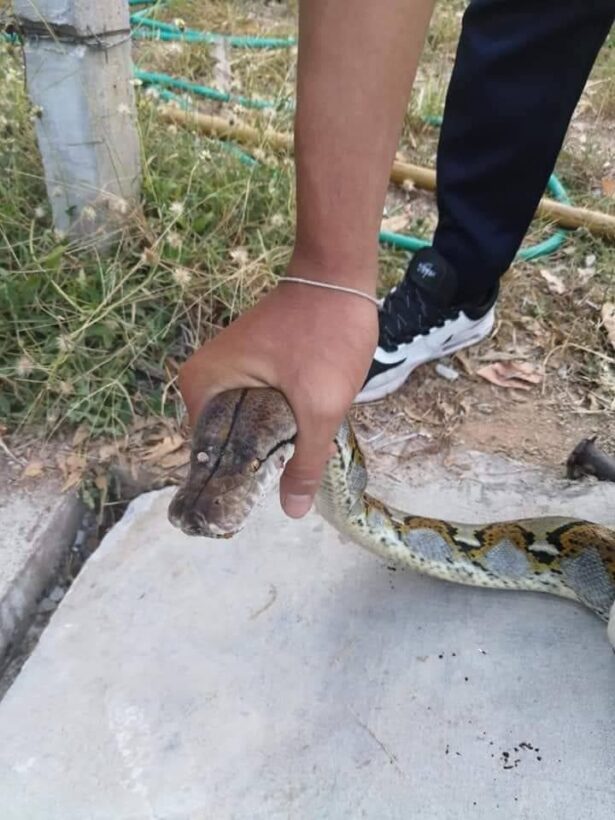 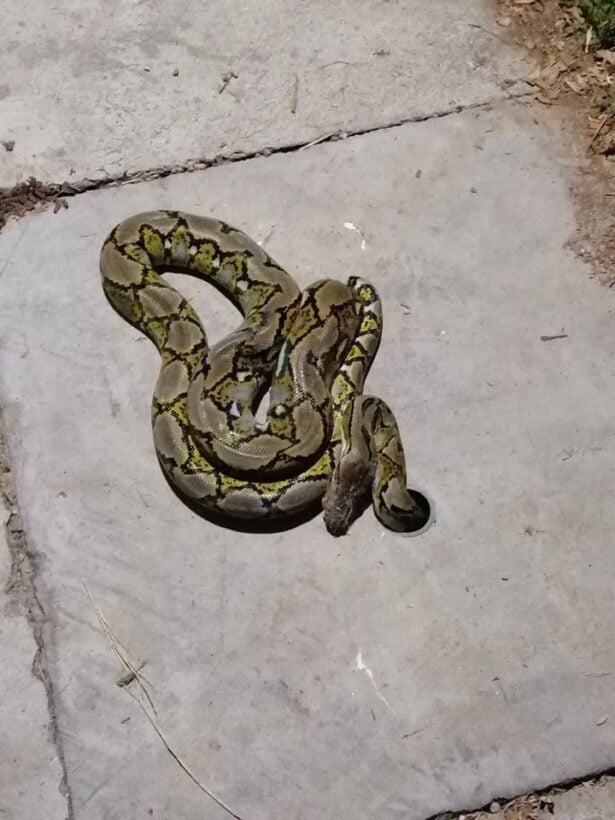