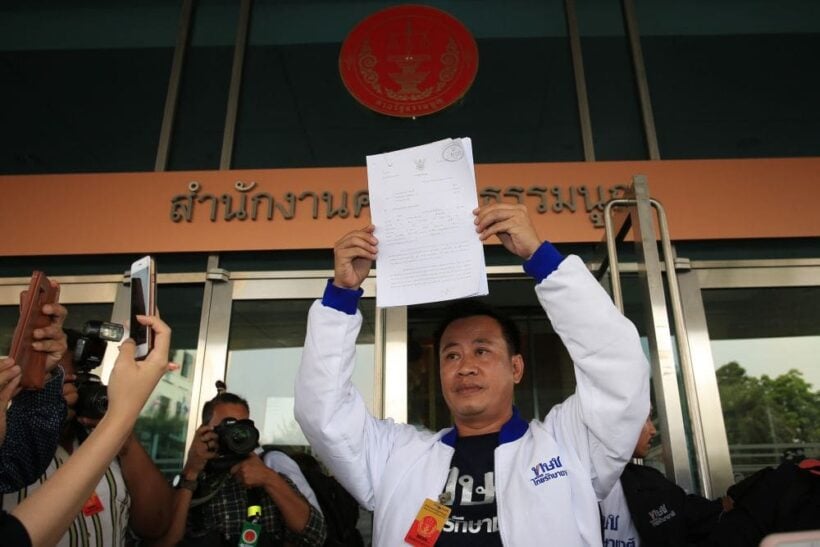 The final judgement next week will be made based on the evidence submitted to the court earlier and there will be no further hearings, according to a statement issued by the court yesterday.

Thai Raksa Chart has been accused of undermining the constitutional monarchy system by nominating Princess Ubolratana as its prime minister candidate. The EC petitioned the court to dissolve the party and the executives face a ban from politics for life.

The party’s PM nomination has already been nullified by the EC following a Royal Command issued by the King. Thai Raksa Chart subsequently found itself in trouble for trying to involve the monarchy in politics.

By law, the party can submit additional documents until three days before the day of judgement, the lawyer said, but Thai Raksa Chart will not take the opportunity.

“We believe no further documents or witnesses are needed to make any change to the outcome,” Surachai said.

“The ruling will either be dismissal of the case or dissolution of the party. And that’s final. No appeals or complaints against the verdict is allowed by law. So, we respect the court no matter the outcome.”

The lawyer said the party had made the case that it had no intention to go against the tradition of constitutional monarchy and that the EC had unlawfully approached the court without conducting a proper investigation.

“Now it was up to the court to make the decision and the party would respect that.”

Thai Raksa Chart leaders such as Mitti Tiyapiratch, Nattawut Saikua and Wim Rungwatanachinda were at the party office yesterday to follow the developments closely. Its de jure leader Preechaphol Pongpanit and senior figure Chaturon Chaisang, however, were nowhere to be seen.

With its status as Pheu Thai Party’s major ally designed to win party-list seats in the House of Representatives under the new election system, dissolution of Thai Raksa Chart could deal a massive blow to the Shinawatra camp.

Political scientist Stithorn Thananithichot, however, saw a silver lining in the whole development, saying that at least the ruling will be issued 17 days before the election. That would give the party’s supporters adequate time to decide which party they should cast their votes for as an alternative to Thai Raksa Chart, he said.

If the votes were strategically aimed at opposing the coup-backed regime, voters could still cast their ballots in favour of other pro-democracy parties, Stithorn said.

The expert added that though it was believed the lawsuit was politically motivated to favour pro-junta parties, they were unlikely to benefit from the dissolution as the court verdict would come well before the election.

If Thai Raksa Chart was dissolved after the election, the votes would have been wasted with voters unable to shift their loyalties to other parties, he explained. 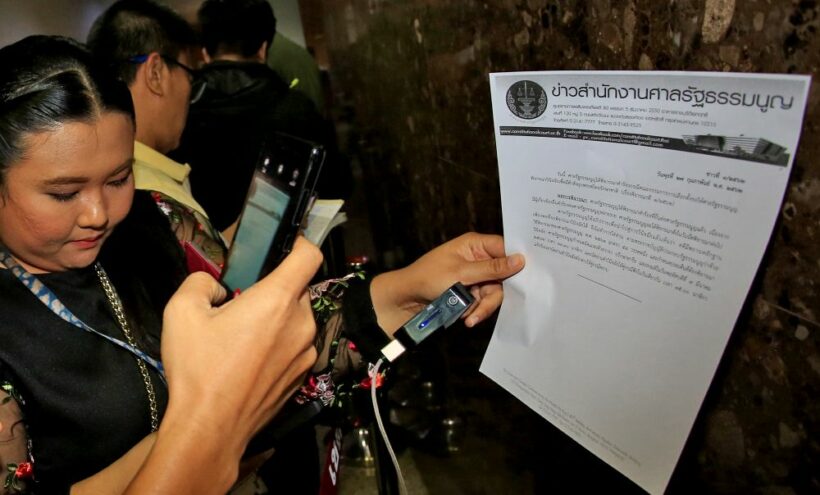