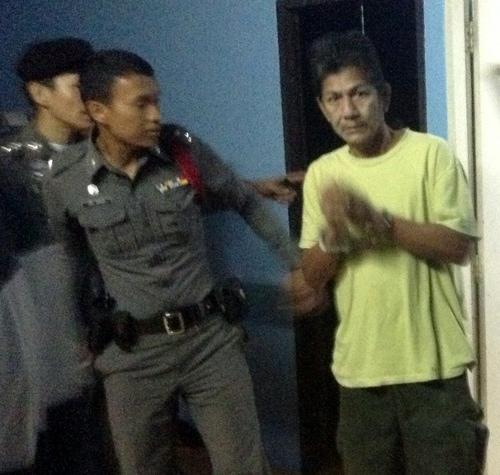 PHUKET: Police in the northern Phuket area of Thalang yesterday raided and shut down a tropical fruit orchard that was also being used as a kratom-growing operation.

The orchard owner, named by police as Nathee Tianthong,50, had five kratom trees growing on his property – in his house police found 400 grams of harvested leaves.

All five trees were cut down and taken away in the back of a pickup truck.

Despite kratom trees being indigenous to Southeast Asia, their leaves have been considered a controlled substance, in the same category as cannabis, since promulgation of the Kratom Act in 1943. The law made planting the tree illegal and ordered all existing tress cut down (story here).

Mr Nathee was charged with the possession, sale and distribution of a class 5 narcotic, as well as for illegal possession of a firearm and matching ammunition.