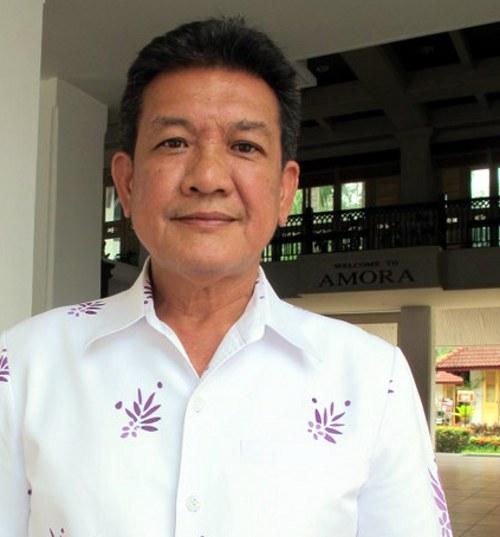 PHUKET: A breakthrough arrangement with banks and insurance companies means that all taxi drivers in Phuket have until February 28 to become legally registered – or face a 2,000-baht fine every time they are caught carrying passengers.

The deal, brokered through the Phuket Provincial Transportation Office (PPTO), was announced at a meeting with illegal taxi drivers at the Amora Beach Resort Phuket in Bang Tao on Wednesday.

PPTO chief Teerayut Prasertpol explained that one of the biggest obstacles for many illegal drivers was changing the registration of their vehicles from “private” to “public” so they can be registered with the PPTO as taxis.

“Drivers claimed banks and finance companies required deposits of up to 10,000 baht in order to release the registration books which they hold as collateral for loans taken out to buy cars,” he said.

The drivers need the books in their hands in order to present them to the PPTO so officials can physically register the change from private to public.

Many banks and finance companies do not readily hand car registration books back to people who have taken out loans to buy cars as it is the only collateral the companies have in ensuring the vehicles remain in their legal possession.

The result was a meeting with representatives from Thanachart Bank headquarters in Bangkok, which provides financing for about half the 2,882 illegal taxis operating in Phuket.

“Thanachart Bank has agreed to waive the deposit for drivers who give permission for the bank to hand the registration book directly to the PPTO in order to change the registration type. This saves the taxi drivers from having to come up with the money needed for the deposit,” Mr Teerayut explained.

“Other financial services companies are taking care of their customers in the same way. This is a big help to the taxi drivers who want to get green license plates [have their vehicles registered as legal taxis],” he added.

Another huge obstacle in encouraging Phuket taxi drivers to become legal was the hike in insurance premiums they will need to pay in order to comply with compulsory insurance requirements.

“The PPTO asked us to help solve the taxi problem with illegal taxis, and we agreed. We now have a special promotion for Phuket, Phang Nga and Krabi,” he said.

Mr Thawatchai stressed the importance of comprehensive insurance, noting that drivers using personal cars as taxis would be insured for the people in the car, but not for damage to the car itself.

The bank, as the insurance provider, would not assume any responsibility for the car in that case, he said.

“If you buy insurance for a public service vehicle, both people and the car are covered. And it is better for Phuket’s tourism image. Taxi drivers and passengers will have more confidence on the road,” he added.

Chief Teerayut believes that not all illegal taxi drivers will be able to complete the registration process in time, but he offered them no leniency.

Even if the owners display the mandatory stickers on both sides of their cars – bearing the taxi number, the name of the owner in Thai and English, and the complaint hotline number 1158 – any drivers found operating a vehicle as a taxi without the green plates after February 28 will be at the mercy of the Phuket Police.

“From March 1, illegal taxi drivers will no longer have the protection of the PPTO, even if they have the proper stickers.

“Traffic police will fine them 2,000 baht each time they are caught, and this is out of our hands,” he said.

He added that the PLTO has a list of “every black taxi driver service on the island.”

Phuket Vice Governor Chamroen Tipayapongtada supported the PPTO chief, saying, “If anyone has any information about illegal taxis still operating on the island, let me know. I will go after them.”

All is not bleak for drivers who may be struggling. They can still apply for green plate registration. That deadline has been extended until April 30, Mr Teerayut said.

However, he noted, “If they cannot get a green plate by the end of April, then even if they have registered with us, they will no longer be considered. All the lists will be deleted.”

He reminded the drivers that having a green plate benefited them above all.

“It is your permanent career, and it is legal,” he said.