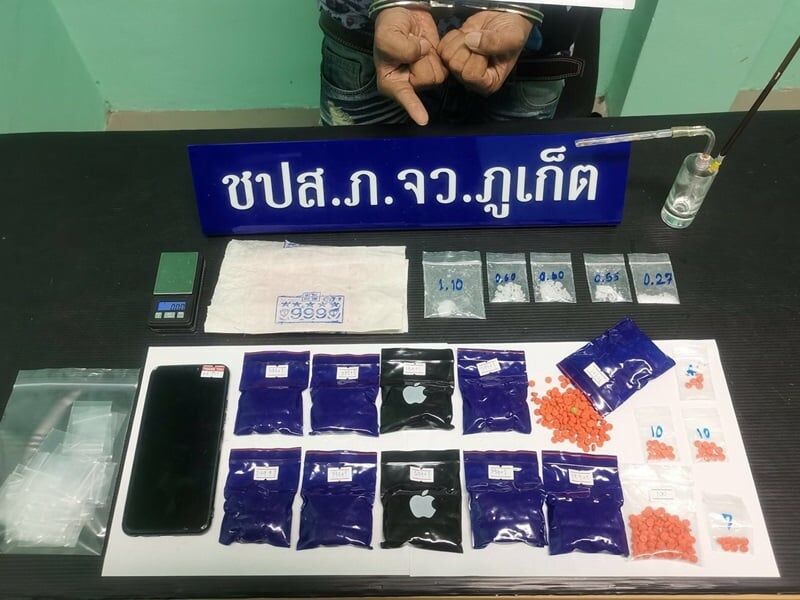 In an ongoing effort to crack down on drugs in Phuket neighbourhoods, police conducted a series of raids where they seized dozens of grams of crystal methamphetamine and thousands of methamphetamine pills as well as dozens of rounds of firearm ammunition. Phuket Provincial Police also recently arrested 5 people in the various raids.

Provincial police captain Chaiwat Chuwang has been leading a campaign against drugs in residential areas in Phuket. Last month, the captain led raids under what police call a “crime mobilisation” operation and arrested 2 people on charges of possession of heroin and meth. In raids earlier this month, 10 more people were arrested and police seized hundreds of grams of methamphetamine as well as methamphetamine pills, firearms and ammunition.

In the latest raids…