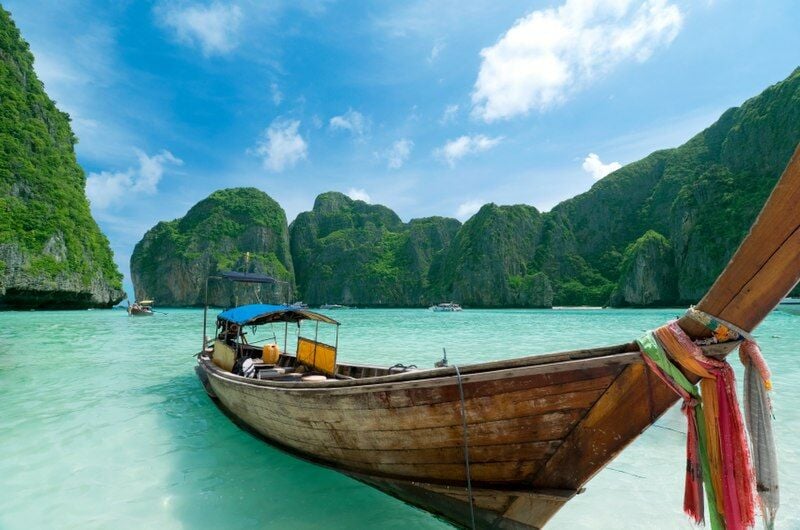 With the lack of foreign tourists visiting Phuket, many tourism-dependent businesses have suffered. Officials have reported a spike in unemployment in Phuket and say average monthly income has dropped down to 1,900 baht.

Government officials are now discussing potential measures for economic rehabilitation on the island province as well as the so-called “sandbox” travel scheme, which is expected to help revive the island’s tourism sector.

Phuket’s poverty line back in 2019 was at 3,068 baht per month. Since the pandemic, the number of employed people in Phuket has risen to 64,000 people and the average income has dropped to 1,900 baht per month, according to Associate Dean for Research and Graduate Studies at PSU Phuket’s Faculty of Hospitality and Tourism, Chayanon Pucharoen.

The “We Travel Together” government subsidy scheme, aimed at promoting domestic tourism to help revive the economy, generated 1.5 billion baht for Phuket, but Chayanon said the unemployment rate still went up and average monthly income went down.

Another tourism stimulus campaign, “Tour Tiew Thai” is set to start on Thursday and is expected to draw in 15.5 billion baht nationally.

The new “sandbox” tourism model is expected to revive Phuket’s tourism industry starting in July. The scheme will allow travellers who are vaccinated against Covid-19 to travel to specific areas in Thailand that have reached herd immunity.

Phuket has requested 933,174 doses of the Covid-19 vaccine to cover 466,587 people. Each person needs 2 doses of the vaccine. The plan is to vaccinate at least 70% of the population on the island province by the end of June. President of Phuket Tourist Association, Bhummikitti Raktaengam, says 100% of the people in the tourism industry on the island need to be vaccinated.