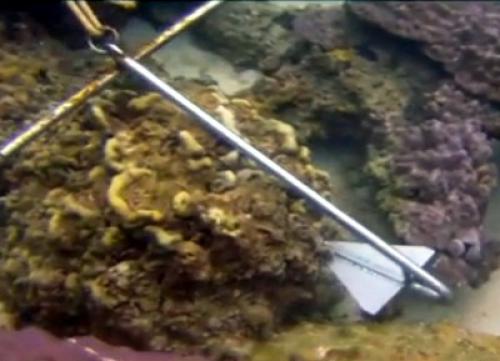 “I was notified by the Go Eco Phuket team about the problem. I will issue a letter to all boat operators who run trips to Koh Racha Yai to meet with Marine Police and members of the Phuket Tourist Association to discus the issue,” said Department of Marine and Coastal Resources (DMCR) Phuket office chief Thanet Munnoy yesterday.

The meeting is set for Thursday.

Dropping anchor on coral reefs is illegal, and carries a punishment of up to four years in prison, a fine of up to 40,000 baht, or both, explained chief Thanet.

Despite promising to prosecute any company found violating the law, chief Thanet admitted that the fundamental issue was a lack of moorings surrounding Koh Racha Yai.

“I understand that part of the problem stems from the lack of moorings in the area. Last year, we tried to solve the problem by adding moorings at Siam Bay, Batok Bay, Tue Bay and Khonkae Bay, but many of them were damaged because they were overloaded and the ropes broke,” he explained to the Phuket Gazette.

In addition to warning the operators about the penalties for dropping anchor on coral reefs, those at the meeting will discuss the issue of the moorings being damaged, in hopes of identifying the reasons they broke and establishing future solutions.

“We are not ignoring this problem at all. I actually already had a plan drawn up to add 20 more moorings around Koh Racha Yai, which will cost about one million baht,” chief Thanet said.

However, the project is still in the planning stages and the exact locations for the 20 moorings have yet to be identified.

“I have to propose the project to the Ministry of Natural Resources and Environment for the budget to be approved first. Hopefully, I will be able to complete the project within a year. Until then, I will be sending DMCR officers out to the island to find and charge those operators who are dropping their anchors on the reefs,” he said.