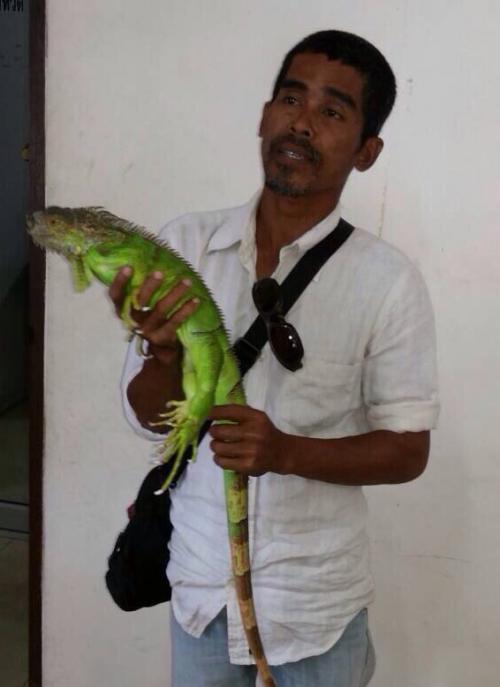 PHUKET: Non-stop rain in Patong could not stop an iguana tout from offering tourists photo opportunities with his captive reptile, a protected species. However, his persistence paid no dividends.

“Ruonkimlhee Unruean, 46, from Patong, was caught with the iguana in front of One Tambon One Product market,” Kathu District Chief Veera Kerdsirimongkol told the Phuket Gazette this morning.

“The iguana touts have switched to working during the day, believing that this will lower their risk of being caught,” he added.

Mr Ruonkimlhee was swiftly taken to Kathu police station for questioning, while the creature was handed over to the Environmental Conservation Division at Khao Phra Thaeo Wildlife Sanctuary, where it will be examined, treated if necessary and protected, said Mr Veera.