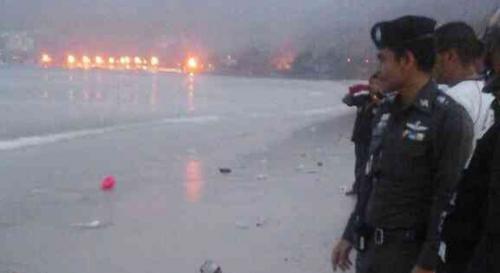 PHUKET: Police are investigating the cause of death of a man whose body was found washed up on Patong Beach this morning.

Police were called to the beach in front of Loma Park (map here) at about 5:30am after passers-by noticed the body.

“He had dark skin, was 150-160cm tall and appeared to be 30-35 years old,” said Maj Jakkrapong Luang-aon of the Patong Police. “He was fully clothed, but carried no identification on him. We think he probably went swimming and drowned.”

The man’s body was taken to Patong Hospital to determine cause of death, as police try to discover who he was.