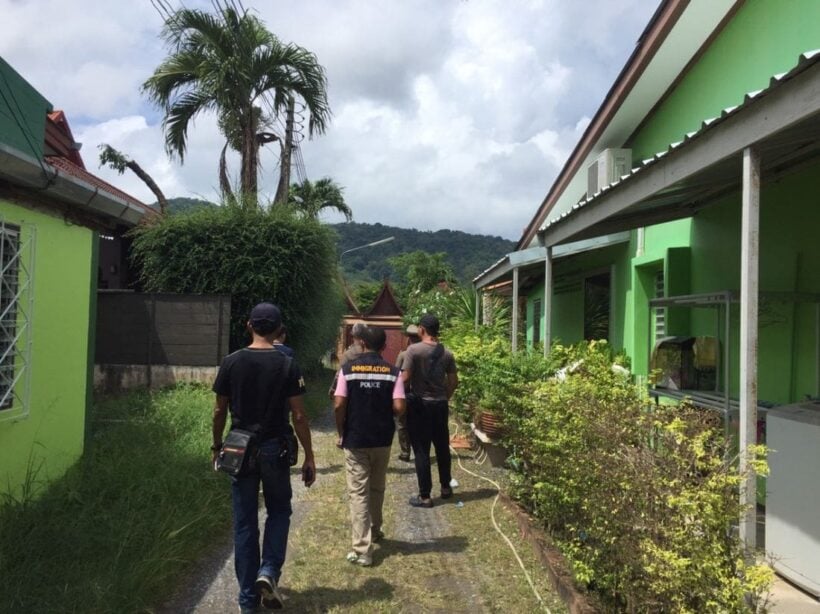 A female European tourist was found crying and distressed as she was running out from a Soi near Naiharn Beach early this morning.

The woman was asking for help from shop owners and passers-by. She claimed that a Thai man had tried to have sex with her. Police are now awaiting the results of a medical examination as they continue their investigation.

Chalong Police, Phuket Tourist Police and Phuket Immigration officers have been investigating the scene and assisting the woman. They were notified by a coffee shop owner, 27 year old Wassana Sukkaew, near Nai Harn Beach.

Khun Wassana told police that at 8.45am this morning a 24 year old female European tourist was crying whilst running out from a Soi near Wiset Road in Nai Harn, calling for help. The female tourist told her that a Thai man tried to have sex with her near the building.

“She put her hands on her stomach all the time.”

Khun Wassana is not sure if the tourist has been sexually assaulted or not.

Meanwhile, staff at a clothes shop nearby told police that at 8am they heard people ‘sounding like foreigners’ arguing. They say they heard a foreign woman says, ‘Why’ many times.

Police were trying to ascertain the precise location of the incident but say the tourist was stressed and disoriented when they spoke to her. She was initially taken to the Chalong Police Station and then later transferred to Vachira Phuket Hospital in Phuket Town for further examination.

Police have inspected the area where they believe the incident took place. They say they haven’t found any clues at this stage.

Police have tracked down CCTV footage and found that the tourist was drinking before at a bar in Kata Beach with a Thai man until around 7am today. She allegedly asked the Thai man to take her back to a hotel in Kata but the men took her to the scene of the alleged crime, according to police. The two were traveling on a motorbike from Kata to Nai Harn, according to the report from police.

Police say they know the identity of the Thai man who may be involved in the incident and are trying to locate him for questioning.

Canadian tourist in hospital after falling from an elephant ride