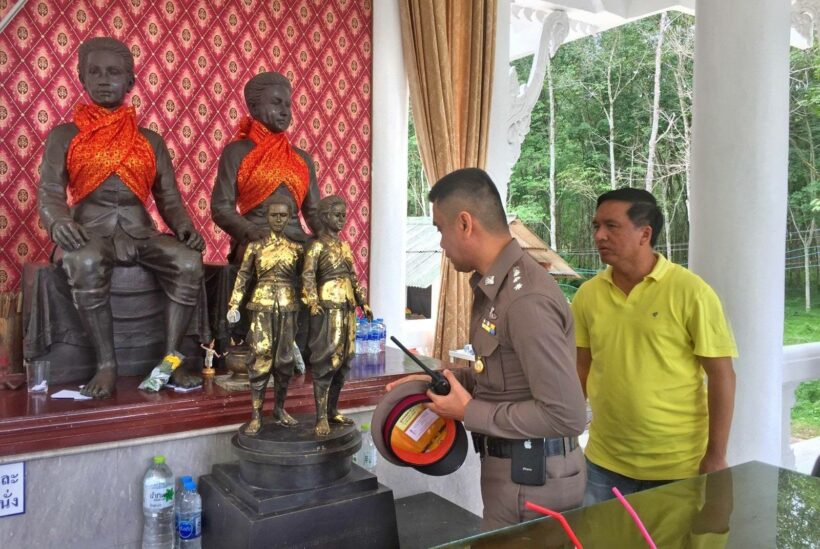 A thief has stolen a sword which was part of a statue of the Phuket’s Heroines which was in a temple in Thalang.

Khun Prasong, who was a previous Thepkrasattri Mayor, says, “Muang Gomarapat Temple is an important place for Phuket people. This is a place where the annual ‘Thalang Victory Day’ is being held every March. People always come here to worship the heroine statue. It’s certainly a sad incident that the sword has been stolen from the statue. The two heroines are important to Phuket and Thai history – they led the fight for the city.”

“We believe that the thief is most probably local people as other people wouldn’t know about the statues or that the sword can be removed. This is not the first time that this kind of thing has happened. A private sector company has suggested we install CCTV cameras at the temple.”

Col Teerawat says, “A report hasn’t been filed to police yet. People from Thao Thep Krasattri Thao Srisoonthorn Foundation are going to file a report today. However we have already been hunting for suspects. Last time this similar incident happened, we found that the thief was a person with mental health issues.” 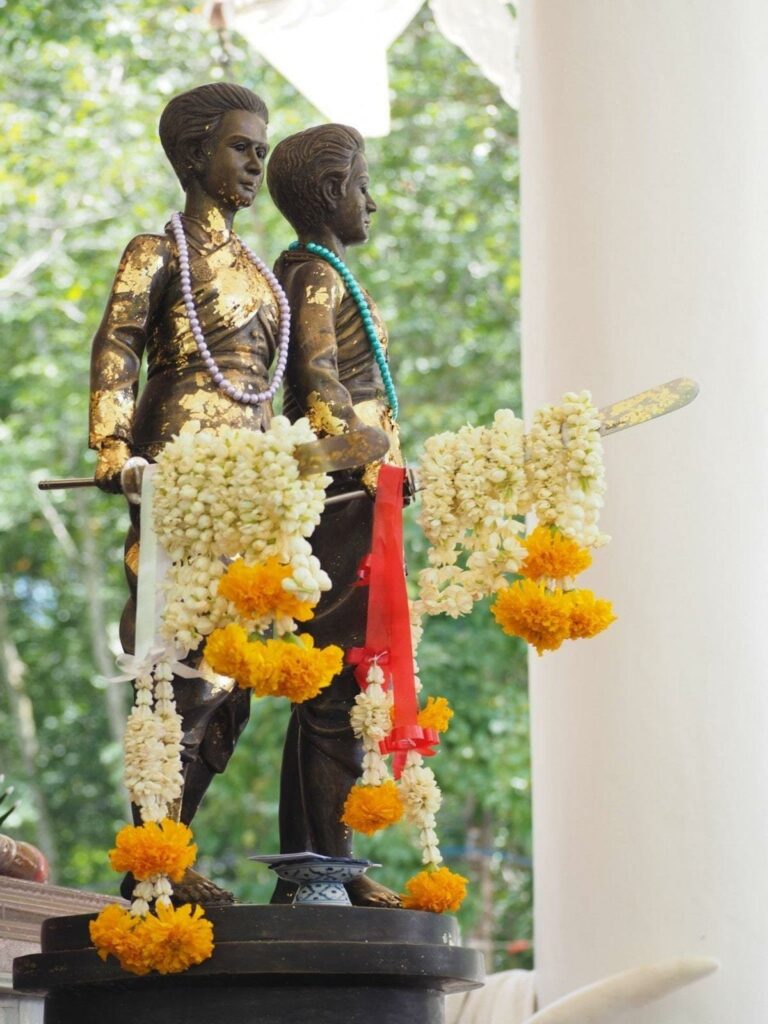