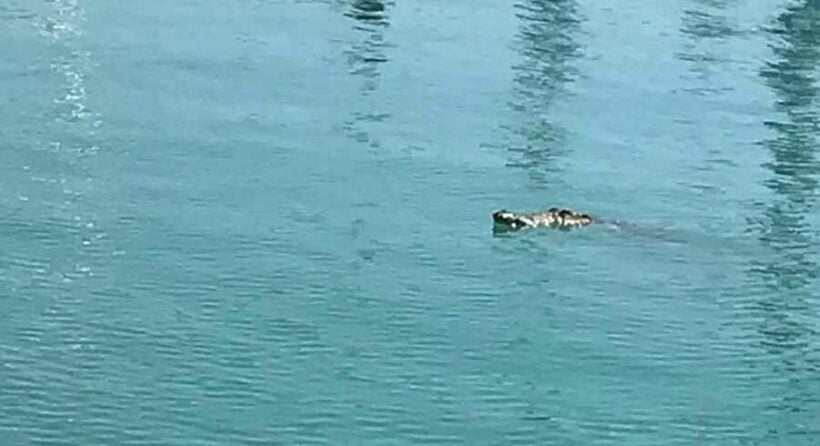 Officials in Phuket are warning residents near Chalong Pier of a crocodile sighting in the area over the weekend. Nation Thailand reports that Natchaphong Pranit from the Phuket Port Authority Office says the reptile was spotted in the water around 3pm on Saturday.

“We advise operators of boat services and general public to exercise extra caution when entering the pier area, either to park their boats or for other activities. If you find or have information about the crocodile, please contact hotline 1199 or 076-391-174.”

Chalong Bay is Phuket’s largest bay, located around 10 kilometres south of Phuket town. The pier is the province’s main boat docking location and well-used by tourists, divers, and other day-trippers, with boats regularly chartered for snorkelling and diving trips.

This is not Phuket’s first brush with such reptiles. In 2018, a crocodile was spotted at Layan beach, in the north of the island, having originally been seen at Yanui beach in the south. The reptile proved illusive and despite several sightings, it took officials 10 days to capture it. It was eventually caught by a specialist crocodile catching team from the southern province of Surat Thani, with the help of local fishermen.

The year before, a larger crocodile was spotted near Laypang beach, north of Bangtao. It was subsequently captured at an inland lake in the area.