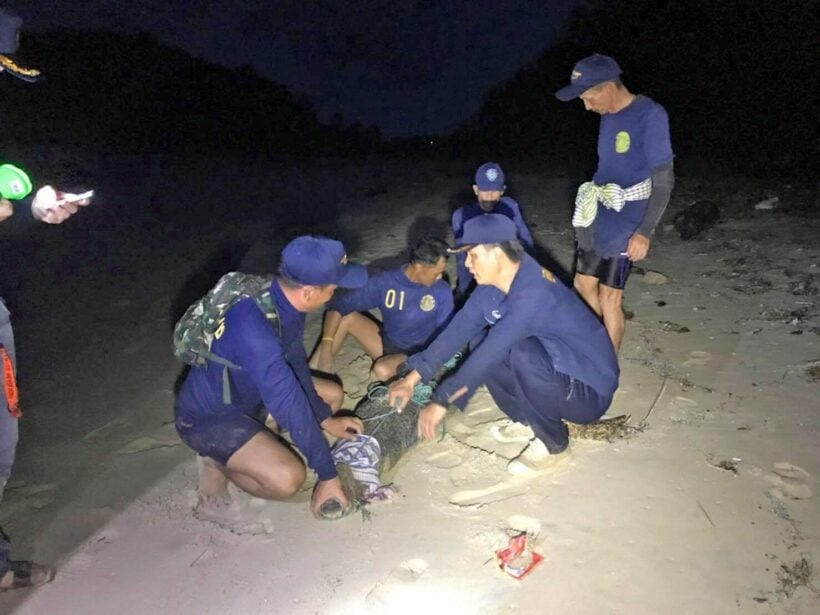 The crocodile was eventually caught by the Surat Thani-based crocodile catching team and local fishermen at 4am with a fishing net near Koh Kata off Layan Beach. The crocodile is now being taken to the Phuket Coastal Fisheries Research and Development Centre in Pa Khlok.

Last year during August ‘Laypang’, a much larger crocodile, was caught at an inland lake in the same area after being sighted swimming offshore. 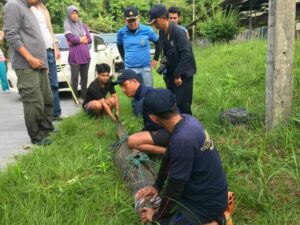 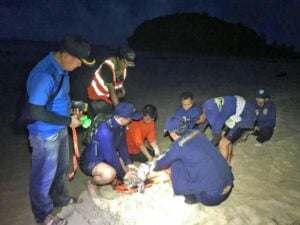 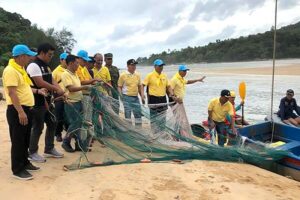 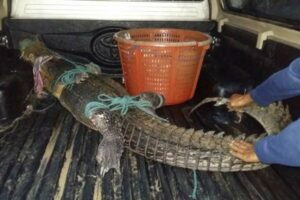 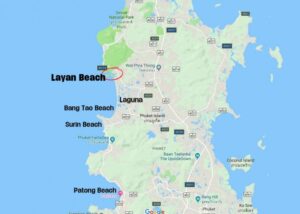 Croc breeders, you have until August 10 to register your crocodile – Phuket Governor