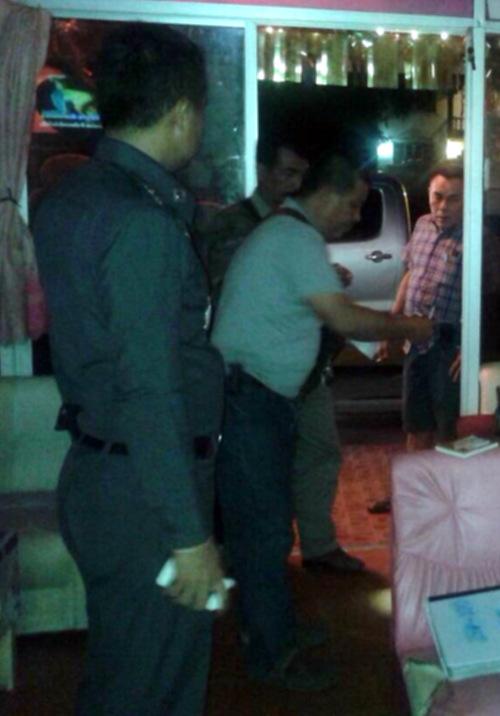 PHUKET: Phuket police yesterday arrested a mother for selling her daughter for sex.

Upon learning that a karaoke bar on Kwang Road in Wichit (map here) was offering sexual services to its customers, police staged a sting operation.

“An undercover policeman arranged to purchase sex from a 14-year-old girl in the bar for 3,000 baht,” said Wichit Police officer Passakorn Sonthikul.

When the girl arrived at a Phuket Town hotel to meet the policeman, he explained who he was and took her back to the bar, Lt Col Passakorn said.

“We found out that the girl’s mother owns the place,” he said.

“She told us that she was 6,000 baht in debt and needed the money to pay for her rented room,” he said, “so she decided to sell her daughter.”

“We charged the mother with procuring a person to provide sexual services,” he said.

Section 282 of the Thai Criminal Code stipulates: “Whoever, in order to gratify the sexual desire of another person, procures, seduces or takes away for an indecent act a man or woman with his or her consent, shall be punished with imprisonment of one to ten years and fined two thousand to twenty thousand baht….

“If the commission of the offense…occurs against a child not yet fifteen years of age, the offender shall be punished with imprisonment of five to twenty years and fined ten thousand to forty thousand baht.”

While raiding the karaoke bar, police took the opportunity to conduct urine drug tests on 10 staff at the venue. One tested positive and was taken to Vachira Phuket Hospital for a confirmation test.