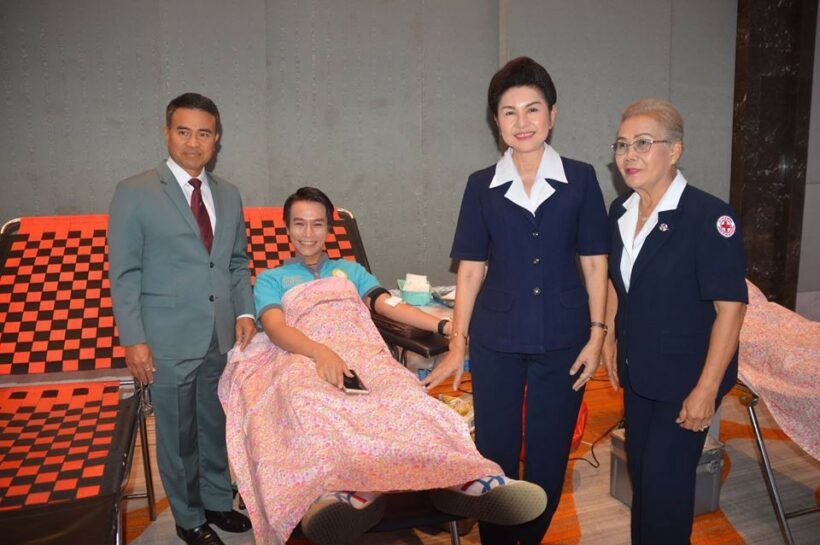 The Phuket Red Cross is continuing its donation promotion under the slogan ‘Be there for someone else. Give Blood, Share Life.’

The event, held at Novotel Phuket Phokeethra in Phuket Town, was led by the Phuket Governor Norraphat Plodthong and his wife who is President of the Phuket Red Cross, Sudarat Plodthong.

“The highlight of this year is asking people to give something of themselves without an expectation of getting back anything in return.”

This year slogan is ‘Be there for someone else. Give Blood, Share Life.’

“A badge ceremony for people who have donated 96, 84, 72, 60 and 48 times is taking place. Certificates were also handed out to 107 organisations who have generously helped the PRBC over the years.” 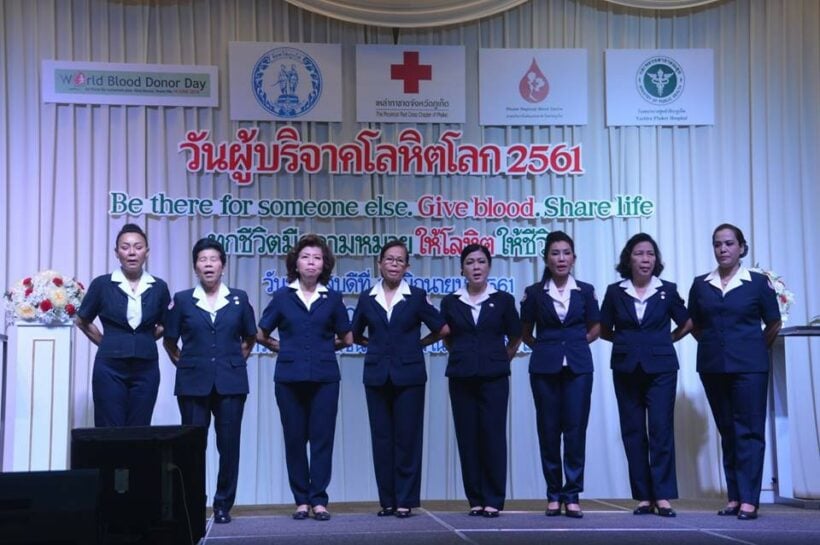 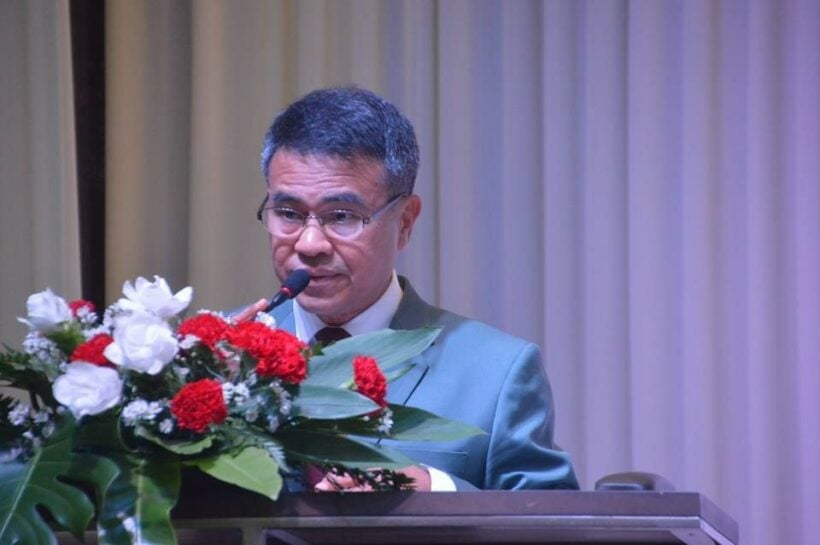 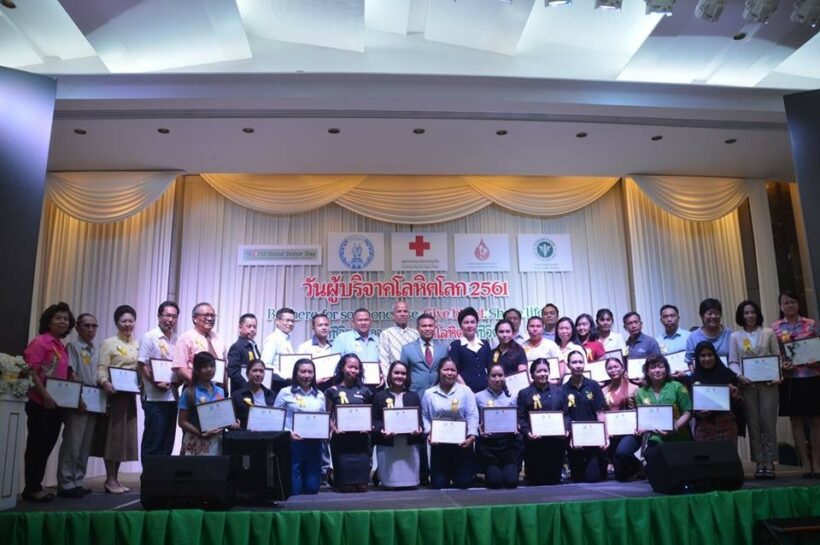