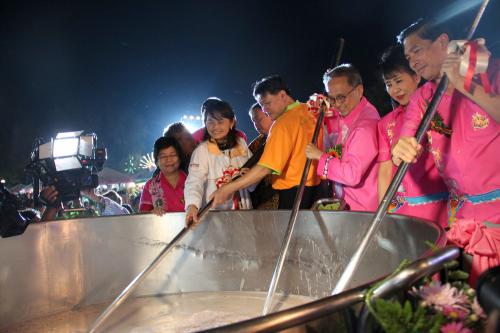 “This is a great fair that all tourists should know about because it shows how beautifully unique Phuket is,” Governor Maitri said.

“In addition to our beautiful beaches, we have a special culture and cuisine that you will not find anywhere else.”

“All food stalls at the fair are approved by the government’s ‘Clean Food, Good Taste’ initiative, and there are many other exhibits and stalls in the fair, and live performances on stage every night,” Mr Paiboon explained.