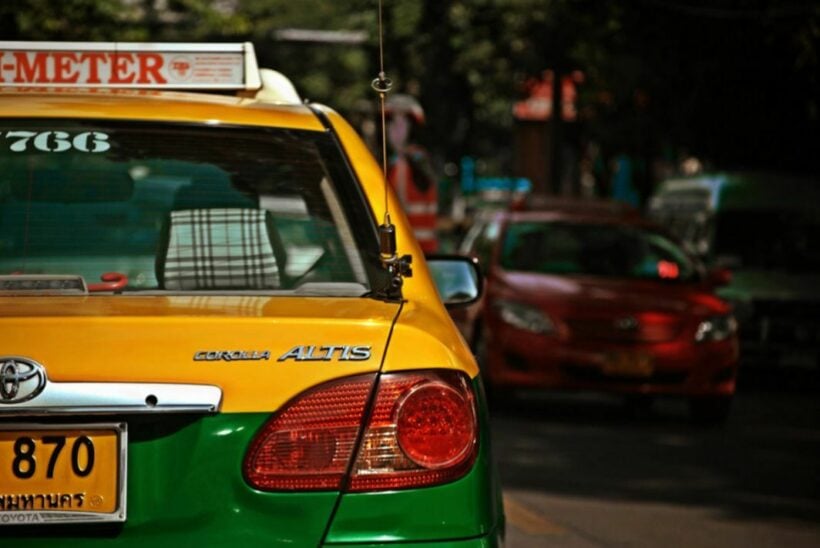 Taxi fares charged from the Phuket International Airport are now being investigated by provincial authorities. The Phuket governor ordered the probe after criticism over a Facebook post asking if the 900 baht fare from the airport, quoted by a hotel in Patong, seemed too expensive.

Taxi prices in Phuket are notoriously high compared to other provinces. On the social media post, many commented on high taxi fares, sparking criticism just as the island province reopens to vaccinated travellers from overseas under the “Sandbox” model. Following the complaints, Phuket Tourist Police posted the maximum taxi fares from the Phuket International Airport to popular destinations and told people to reported if they’ve been overcharged.

Governor Narong Woonciew ordered the Phuket Provincial Land Transport Office and the Tourist Police to look into complaints about taxis overcharging. He says the criticism is affecting Phuket’s, especially its image to tourists arriving under the “Sandbox.”

“It is a problem that has been discussed many times before the Covid situation, and related agencies are trying to find a more systematic approach… The goal of Phuket is to impress those who have arrived. The transport office has held a meeting with 1,000 public taxi service providers to enhance the measures of SHA+ service in order to meet the required standards so we can impress tourists.”

The land transport office chief Banyat Kantha brushed off the social media post, saying that the tourist has not arrived in Phuket and the fare has since been reduced. He claims that he checked with the hotel and reviewed the taxi fare receipts issued for other “Sandbox” tourists and found that they had paid the appropriate amount of 600 baht.

AlexPTY
Thanks for Grab in Bangkok. Phuket? Never again. What for? Simple cost/benefit analysis... Not worth it. I will short this Phuket sandbox stock any day of the week

Soidog
6 hours ago, Svcoquette said: I have booked "www.airporttransferphuket.com" many times. Never a problem. The driver meets you at the terminal exit with your name on a placard. For 2 people 500-600 baht anywhere on the island. All the prices/destinations…

Soidog
So strict are the mafia operating out of Phuket, that a couple of years ago I booked a transfer to Phang Nga and I had to get a taxi to an area outside of the airport and then meet the…
Svcoquette
Soidog, I just went to their website, no problem. Check your spelling.
Svcoquette
Phone number +66 89 078 6220, can also whatsapp. Also LINE phukettaxi

Whispered but not proposed – could a lockdown be coming?