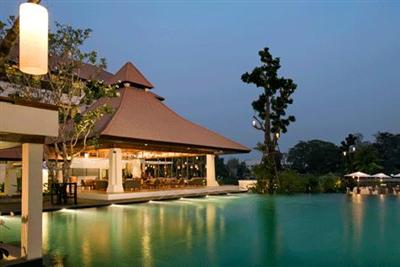 PHUKET: Tourist Authority of Thailand (TAT) offices in Phuket and Chiang Mai will meet with travel agencies in the northern city to brainstorm ways of strengthening links between the two provinces.

Sobtana Aunprasert, Assistant Director of the TAT office in Chiang Mai office, announced the meeting will be held June 18 to 20 at Ratilanna Spa Resort.

The riverside gathering is intended to exchange experiences, ideas and strategies among Phuket and Chiang Mai tourist businesses, travel agencies, and local media.

In July, members of the TAT Chiang Mai office will come to Phuket to study the tourism market here.

There are currently two daily flights between the two cities aboard Thai AirAsia flights.

The low-cost carrier began a second direct daily service on June 1 using aircraft that had been flying its Phuket – Hi Chi Minh City and Phuket – Medan routes, both of which are now temporarily suspended.

The two-hour flights between Phuket and Chiang Mai are a big improvement over the past, when all air travel had to do stopovers at Suvarnabhumi or Don Muang airports in Bangkok.

Driving one way from Phuket to Chiang Mai takes two about days, putting the cities too far apart for most domestic tourists planning a holiday by car or bus.

Mr Sobtrana said the main goal of the meeting is to increase travel between the provinces, including domestic tourism that is needed in Chiang Mai to help keep struggling tourism businesses afloat during the low season.

Good marketing and public relations strategies are essential to expanding the overseas market and both markets would benefit with even more direct flights between the two cities, he said.