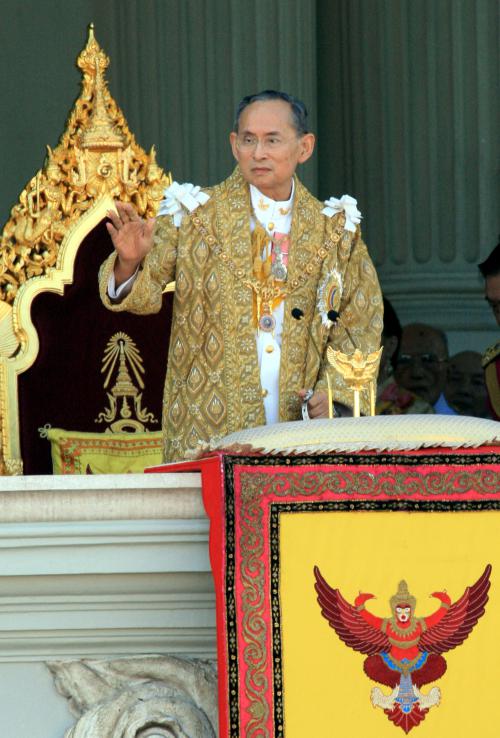 PHUKET: A host of special ceremonies are being held across Phuket today to honor and celebrate HM King Bhumibol Adulyadej’s 86th birthday, which is also Father’s Day in Thailand.

The ceremonies kicked off at 6:30am with Phuket Governor Maitri Inthusut and a host of other public dignitaries offering alms to 86 monks as part of a blessing ceremony to honor HM The King at Queen Sirikit Park in Phuket Town.

Later in the morning, officials and well-wishers were given the opportunity to pay allegiance to HM The King by signing the public birthday book for him at Phuket Rajabhat University’s main conference hall.

At 10am at the university’s main conference hall, officials paid allegiance to HM the King by taking an oath to be honest officers.

Later this afternoon, at 4:30, officials will pay homage to a portrait of HM The King at the center stage at Saphan Hin (map here). The birthday book will be brought from Rajabhat University and made available on center stage for anyone wishing to add their birthday wishes.

A candle-lighting ceremony and firework show will also be held at Saphan Hin at 7:00pm.