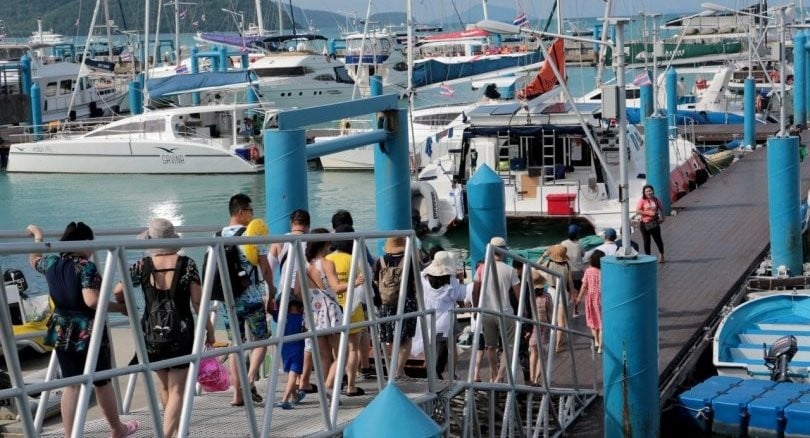 In the wake of last Thursday afternoon’s tragedy, where more than 50 people have perished, mostly Chinese tourists, tourism officials, economist and tour boat operators are scrambling to keep the Great Chinese Tourism Money Machine on track in Phuket.

The Nation is reporting that the tour boat ‘catastrophe’ in Phuket was unlikely to harm the Thai tourism industry, but the government must respond to it decisively… this from the chief economist at Siam Commercial Bank this morning (Monday).

In the short run, Yunyong Thaicharoen says the government has to investigate the cause of the accident in which a dive boat sank in rough seas, leaving 42 Chinese tourists dead and another 14 missing.

He also stated that the government “must rebuild confidence among tourists, demonstrating that lessons were learned from this tragedy and steps taken to prevent a recurrence.”

No pre-booked tours have been cancelled since the accident, but it is now low tourist season, Yunyong noted. He said Thailand would likely welcome 38.2 million foreign visitors this year, up 8 per cent over 2017.

Tourism grew by 13 per cent in the first five months of this year and 27 per cent among Chinese travellers.

Chinese tourists were heading out to the Andaman islands off Phuket as soon as Friday morning, from Rassada pier, whilst Chalong pier was closed to rescue craft departures only.