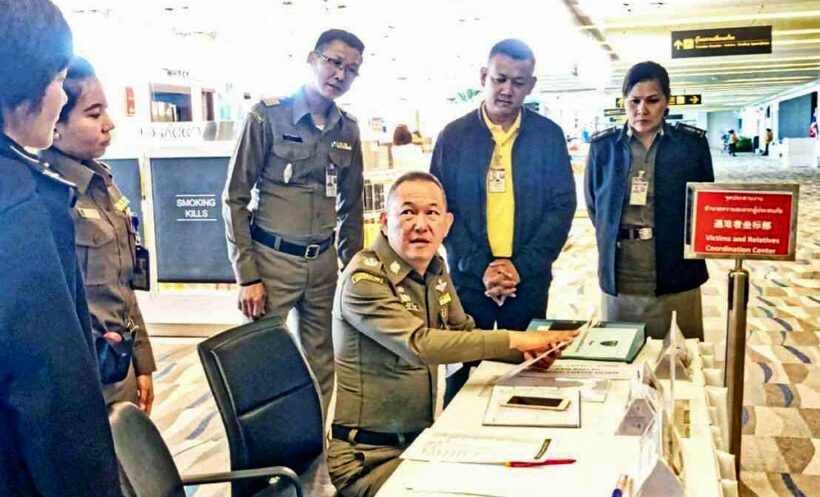 PHOTO: A centre has been established at Phuket International Airport to ensure smooth flow of information and help for tourist victims and their relatives.

Thai and Chinese authorities are continuing the search for the remaining 14 Chinese tourists still on the missing list after the “Phoenix” diving yacht sank into 47 metres of rough seas on the way back from a snorkelling tour on Thursday afternoon.

The death toll from the boat’s capsizing has risen to 42 while 14 passengers remain unaccounted for.

Chinese Ambassador Lyu Jian, who went to the search and rescue opertion command centre for updates on the sunken boat victims at Chalong Bay, vowed that even if there were only 1 per cent hope left the search would continue. He also said China would send two more experts to join its 17-strong team to assist with the Thai authority’s investigation.

Tourism and Sport Minister Weerasak Kowsurat said Thailand and China would join hands in three operations to quickly resolve this tragedy: the search of missing tourists until the last one is found; the investigation into the cause; and care for the victims and their relatives.

A centre has been established at Phuket International Airport to ensure smooth flow of information and help for tourist victims and their relatives. He said a Chinese interpreter volunteer had been assigned to take care of each victim’s relatives. So far, 50 families have arrived in Phuket from China in the hope of getting updates and being reunited with their loved ones.

“This tragedy is Thailand’s second worst sea disaster after the 2004 tsunami. No one wants this to happen. If this case were solved quickly on the basis of trust (between the two nations) and brings clarity to the society, it would change this crisis into building more confidence in Thai tourism,” he said.

Provincial Police Region 8 chief Pol Lt-General Sorasak Yenprem said police had interviewed 40 witnesses and had already filed charges against the captains of the Phoenix and another yacht “Senereta”.

Both boats capsized on Thursday afternoon while returning from Koh Racha to Phuket. 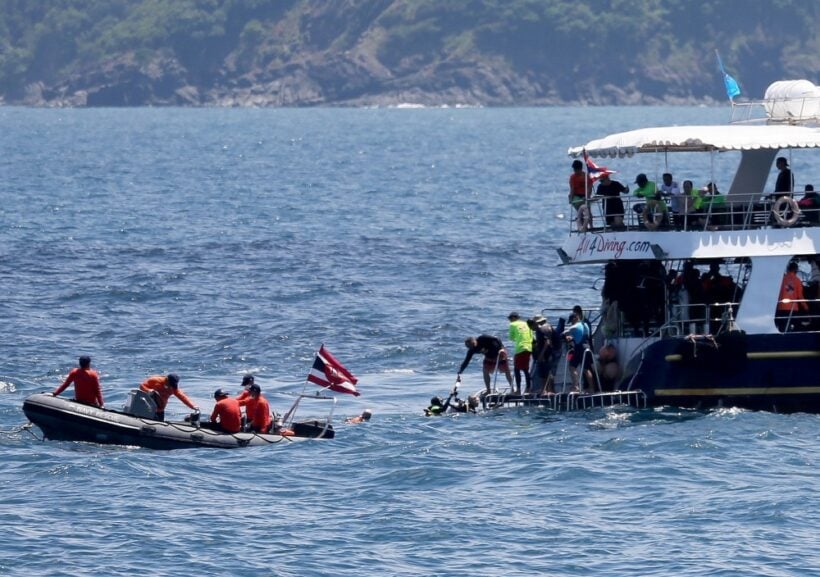