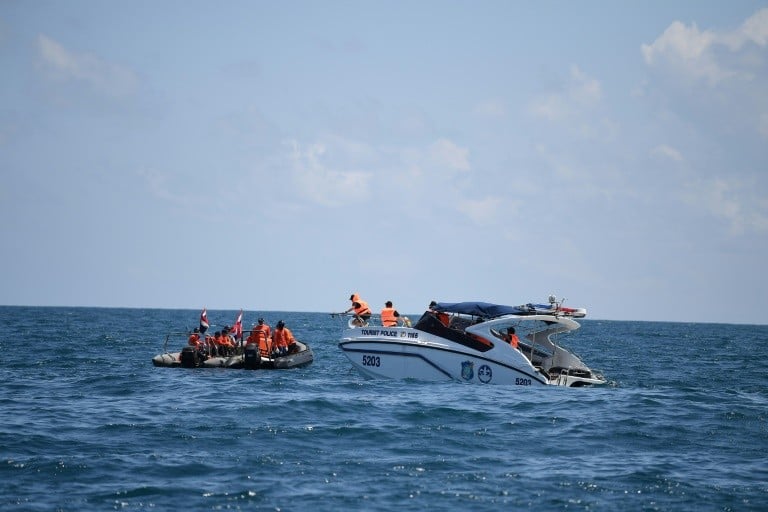 The Phuket PR Office has revealed the latest death toll for passengers who drowned following the sinking of ‘Phoenix’ south-west of Phuket last Thursday evening.

Three bodies were recovered in the Monday and Tuesday recovery missions.

The current total for people travelling on the boat is 89 tourists plus 14 boat crew and tour guides for the fateful trip. The revised total of passengers on the ‘Phoenix’ was 103.

The Phuket Governor Norraphat Plodthong spoke to reporters this morning at Chalong Pier saying, “there were a total of 89 tourists on the ‘Phoenix’, mostly Chinese. We have found 42 survivors and 45 bodies have been recovered. One body is still stuck inside the ‘Phoenix’ and unable to be recovered at this stage. So now just one still remains missing.”

The search area has been widened to include Phang Nga, Krabi, Phi Phi Island and Satun province. 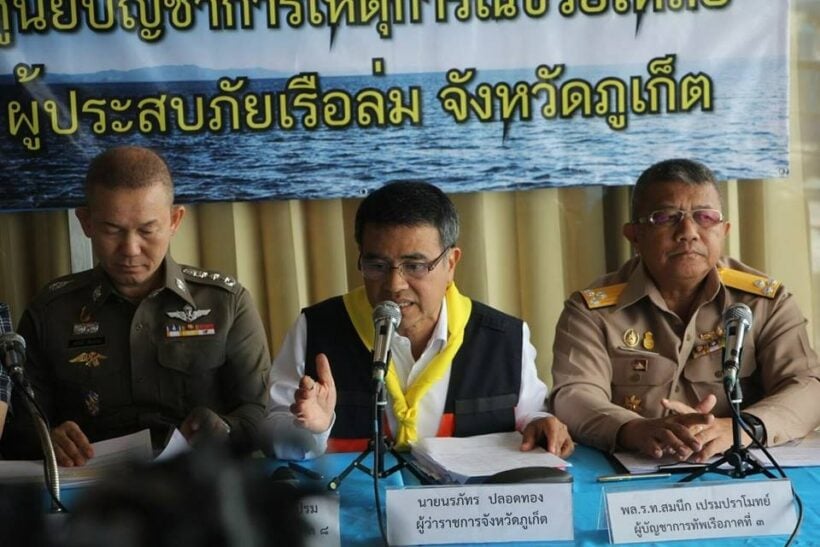 Australian cave medic emerges to his own tragic news

Boat and ‘life jackets’ not fit-for-purpose