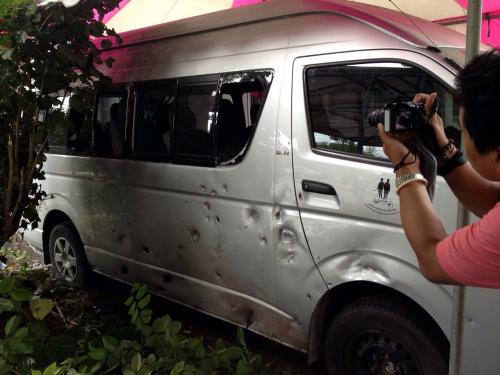 PHUKET: Local officials laid out plans for increased security at government offices and popular Phuket locations as police continue their investigation into the bomb that exploded at Provincial Hall on August 1 (story here).

“We believe the explosion was not meant to kill anyone, but was instead intended to be a threat,” said Phuket Governor Maitri Inthusut.

“We’ll be looking for weapons, drugs and other illegal items,” Col Peerayuth said.