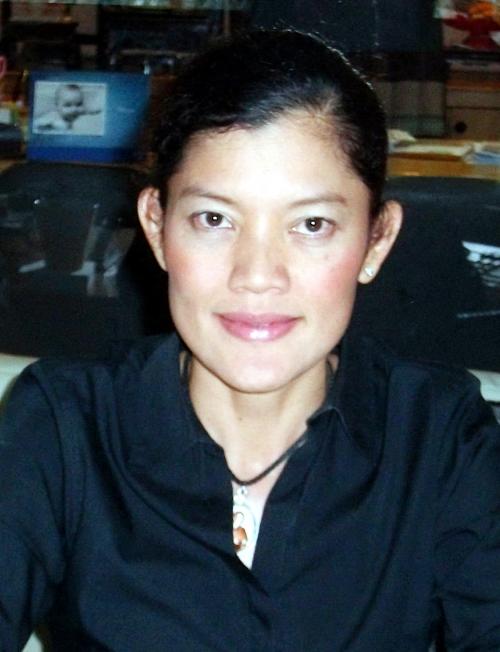 PHUKET: Phuket Pitak Siam group members are en route to Bangkok to join a protest against the amnesty bill proposed by the Pheu Thai party which is slated to be debated in Parliament next Wednesday.

A confrontation between police and protesters, as well as forced entry into both Parliament and Government House compounds is expected, reported The Nation (story here).

Nonetheless, Pitak Siam Phuket coordinator Apharat Chartchutikumjorn told the Phuket Gazette today that her members were not afraid of any violent repercussions from the protest.

“We are not afraid of a violent reaction from the police, as we do not have any weapons and I believe police will not use their weapons on protesters who are empty-handed,” Ms Apharat said.

However, Ms Apharat explained that her team was coming prepared to deal with tear gas, and would “not back off this time”.

“The last time we protested, the Pitak Siam group alone numbered about 50,000 people. This time, if the V for Thailand and others join us, of course the number will be a lot higher,” Ms Apharat said.

The amnesty bill being protested seeks pardons for red-shirt supporters jailed for offenses during the government protests from September 19, 2006 to May 10, 2011. However, it excludes leaders of those political protests who also allegedly violated the law, reported The Nation.

Ms Apharat was unable to confirm how many members of the Pitak Siam group were joining the Bangkok rally on Sunday. However, the members of Pitak Siam will be standing side-by-side with members of the “We Preserve Phuket Club”, Boonsupaa Tanthai, the club’s president, told the Gazette.

“Everyone who is against the bill will be there as we have the same mind. I heard many people have left Phuket for Bangkok already,” he said.