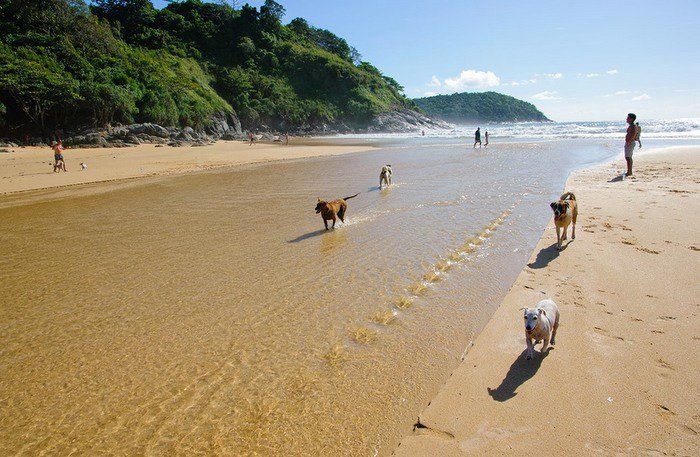 Don’t bring your dog to Phuket’s Nai Harn Beach. Stray dogs are fine to keep roaming, but if a new ban is passed, dog owners will face an up to 2,000 baht fine if they bring their pet woofer. The new rules comes after a visitor at the beach was attacked by 2 dogs an owner allowed to run around without a leash.

Dogs will only be allowed on the grass area adjacent to the beach under the revised guidelines. If the dogs go on the sand the owner will be fined. Signs will be posted at the beach stating the new rule and fine. Rawai Mayor Aroon Solos told The Phuket News the rule will be discussed by municipality officials this week.

While the population of stray dogs on the beach have been a concern, the mayor says no one has been attacked by those dogs. The stray dogs were a problem at the beach in the past, but the Soi Dog Foundation stepped in and vaccinated and sterilised many of the dogs.

“I have been informed that many stray dogs are in the area, and some of these dogs have scared some visitors at the beach, but I have not heard of anyone being bitten or attacked by these dogs. I think they are not aggressive and have not tried to bite anyone.”

The mayor says that if anyone is attacked by a stray dog, he’ll send officers to remove the dog. He also adds that the strays are generally well cared for and don’t cause problems on the beach.

“Some people take food to give to them at the beach, while others give them food at the temple. The dogs do not get food from trash at the beach, as the trash is cleared from Nai Harn Beach every day.”

The local dogs have been at the beach for years. Some have said Nai Harn is a nice, dog-friendly beach, while others have complained about the stray dogs, according to reviews on Trip Advisor.