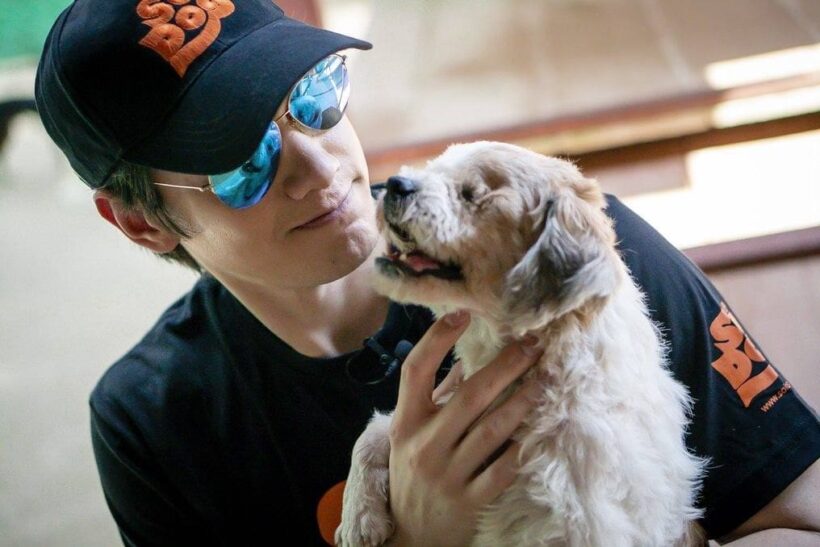 The famous actor from Channel 3, Thai-British Peter Denman, paid a visit to Soi Dog Foundation in Phuket on January 28. He visited so he could get to know more about the work they do and spend some quality time with the animals.

He has also been nominated to be one of Soi Dog’s Brand Ambassadors as well.

During the visit, he had a tour around the sanctuary that houses more than 1,000 rescued dogs and cats. The tour began by seeing some of the dogs that were saved from the dog meat trade followed by some of the lucky dogs recently rescued by Soi Dog from the Nakhon Phanom shelter, which is an ongoing program.

These dogs spend time at the sanctuary and are then flown to the U.S. and Canada as part of Soi Dog’s International Partner Rescue Program, who help the dogs find their forever homes.

The actor was then introduced to many of the other resident dogs at the sanctuary before spending time with some of the resident puppies. He also had an opportunity to cuddle some cats who were pleased to lay on his lap, looking for a comfortable place for a daytime nap!

After seeing many of the sanctuary dogs and cats, he then visited Soi Dog’s hospital to see, first hand, the great work of the staff and where over 3,800 animals were treated last year.

The tour also took Peter to the sterilisation suite where he observed a sterilisation by the vet team. Soi Dog Foundation sterilised over 80,000 animals during 2018 which took the total number to over 260,000 since it began in 2003.

After the tour, he got the chance to spend some one-on-one time with one of the most lovable dogs in the sanctuary – an 8-year-old mix breed dog named Hancock – before sitting down and chatting with the Adoption team about the process of adopting dogs and cats from Soi Dog.

“Not only the puppies need loving forever homes, but the adult dogs do too. All creatures need caring families where they belong. Street dogs are strong and they are also very friendly and loyal. Adopting dogs and cats from Soi Dog is free of charge and your future pet also gets sterilised and vaccinated against known diseases such as rabies. Tick control and dental care are also included”, said Peter.

“I really always appreciate seeing the hard work at Soi Dog Foundation but they cannot do it without valuable help from the public. We should support this wonderful foundation to save stray dogs and cats – to give these animals better lives. Ways to contribute include donations, adoptions or spreading the word about Soi Dog Foundation.”

Peter had a leading role in a soap opera on Channel 3 named ‘Rak Plig Lock’ which has recently ended and will have more shows coming up soon. He will also come back to Phuket to join the renowned Thai Fight as one of the heavy-weight Muay Thai fighters. 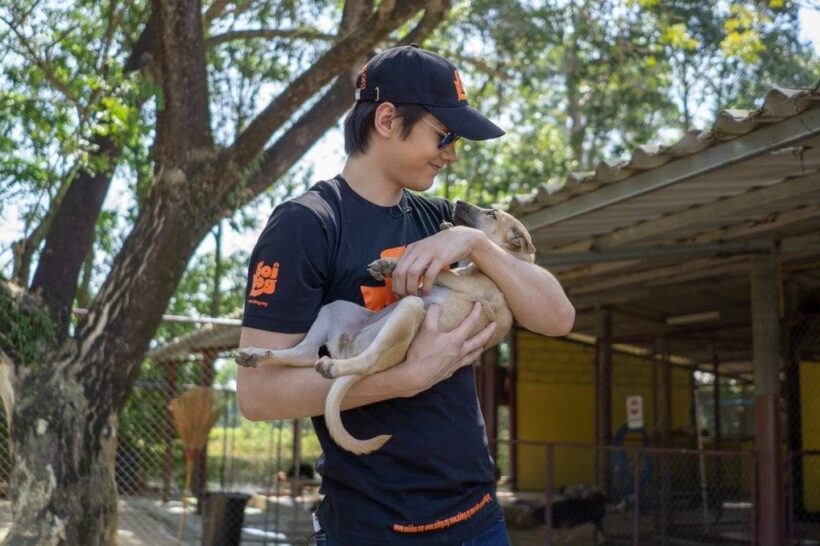 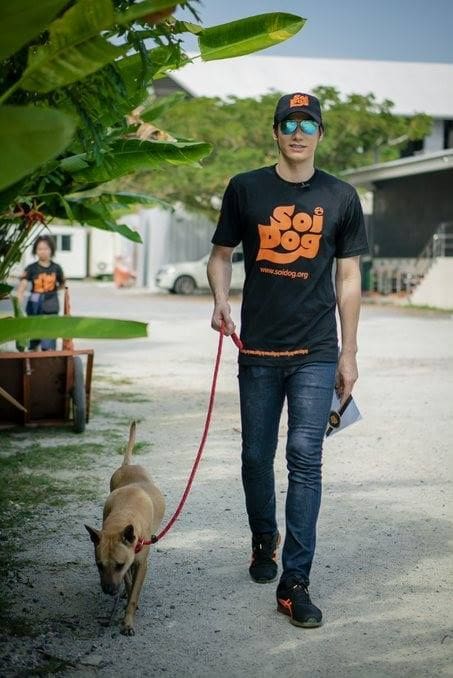 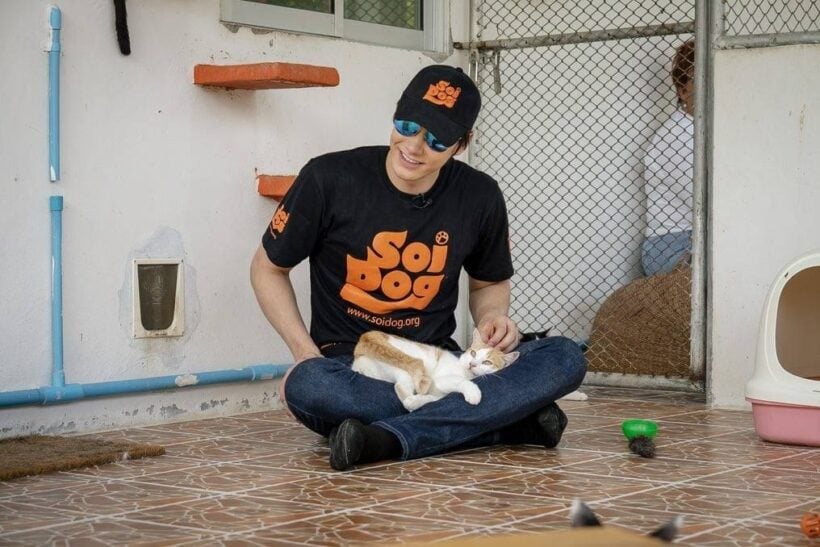