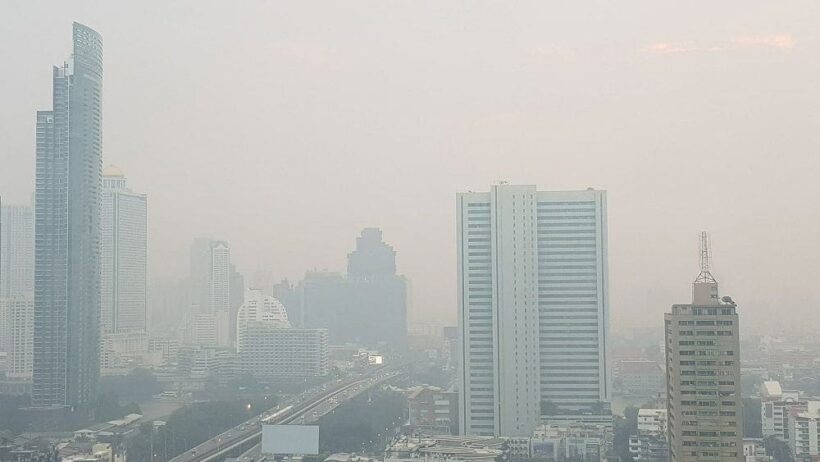 Bangkok’s governor is calling on experts to provide advice on how best to tackle the severe air pollution that blankets the city and is causing the wrong sort of headlines for the capital.

The Pollution Control Department reported 41 Greater Bangkok areas as having unsafe levels of PM2.5 – airborne particulates 2.5 microns in diameter and smaller – this morning and affirmed the PM2.5 would continue accumulating until at least February 4.

Aswin called on expert assistance while presiding over a ceremony at the Khon Muang Plaza on Thursday morning to dispatch 50 drones to spray water at haze-affected locations including Kasetsart University, the Lat Phrao five-prong intersection, Lumphini Park and Rama 9 bridge areas. The drones – each with a capacity to carry 10 litres of water – were provided by a private contractor in Nakhon Ratchasima

While the drones buzz overhead, spraying a mixture of water and molasses (gooey, sugary syrup) to try and grab a few pollution particles as it falls to the ground, Bangkokians continue to suffer poor air quality. There are more people now wearing facemasks walking the streets, than not. 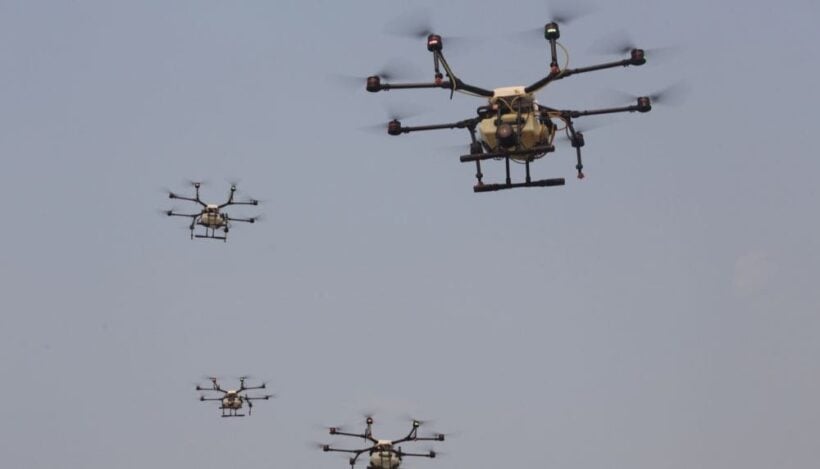 PHOTO: The fleet of drones go to work – The Nation

Then there is the sight of high-rise buildings around the city spraying water from their rooftops, allegedly on the direct instructions of the Thai PM. Yesterday an instruction also came from the public health department to limit the use of josh sticks and incense during the Chinese New Year festival celebrations next week.

Meanwhile, the real culprits – old buses and trucks, heavy traffic and the smoke from regional sugar cane and agricultural burn offs – continue to contribute to the growing problem. At this stage, no measures to reign in the biggest contributors to the city’s PM2.5 problem have been addressed.

The government has tried seeding rain clouds, reducing traffic, and hosing down streets, with little or no impact.

Governor Aswin says he had invited experts to brainstorm for solutions at a meeting at City Hall today.

“I don’t know everything, so I urge experts to give their input so that I can get things done,” he said.

Aswin said the city had been trying to wash roads and roadside plants to improve the situation and his deputies have coordinated with the owners to help spray water from the top of tall building.

District office chiefs were told to check on factories that may have contributed to the pollution and report back to Aswin, he said, adding that the problematic factories would be asked to cut short their working hours during the pollution period.

He said the city also asked people to co-operate by using a diesel-engine vehicle only when necessary and refraining from outdoor burning. 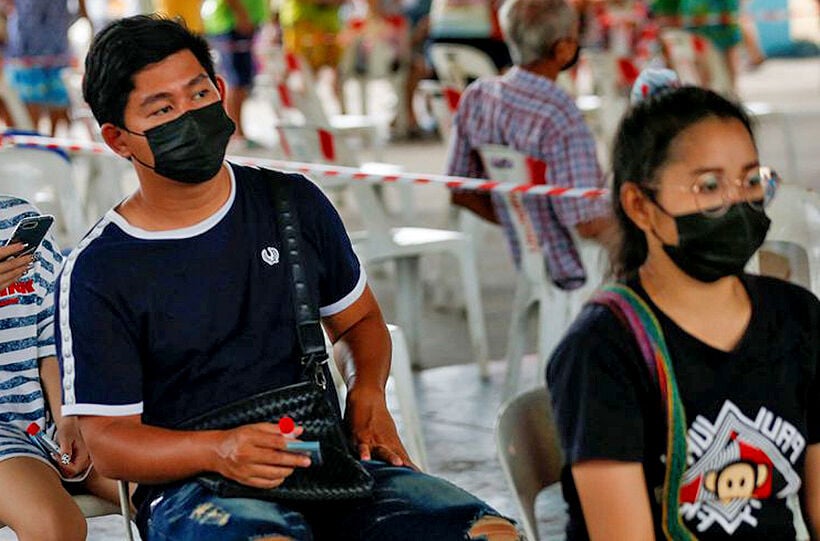 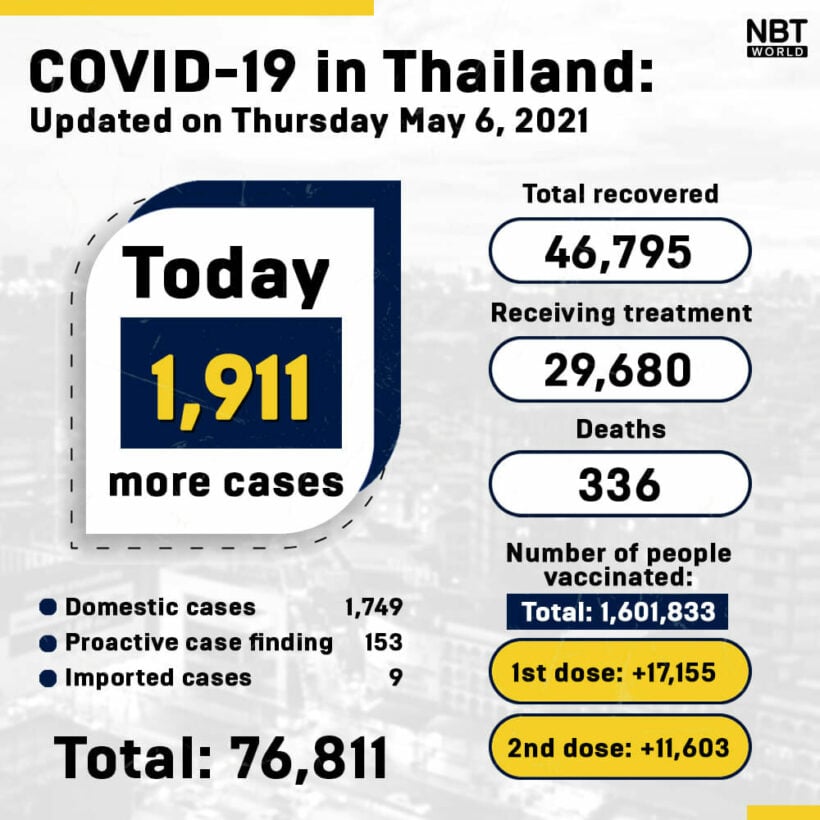