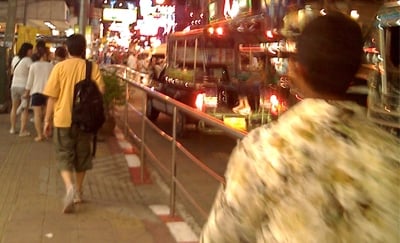 BANGKOK (TNA): Citing a lack of facilities in Phuket, the government has chosen Pattaya as the venue for two meetings for Association of Southeast Asian Nations (Asean) leaders and their dialogue partners next month, according to Minister of Foreign Affairs Kasit Piromya.

Thailand earlier said that it had planned to host the Asean+3 and Asean+6 in Phuket, but Mr Kasit said the dates for the meeting, April 10-12, coincided with the annual Songkran water festival and hotels were filled with holidaymakers.

After twice surveying Phuket and visiting Pattaya once, the Foreign Ministry planning team concluded that the eastern seaboard resort was a better place in terms of hotel room availability and meeting venues.

The Pattaya Exhibition and Convention Hall (PEACH), part of the Royal Cliff Beach Resort, was chosen as the venue for both Asean+3 (China, South Korea and Japan) and Asean+6 (China, South Korea, Japan, New Zealand, Australia and India), he said.

After an expansion a few years ago, the center can host meetings for up to 8,000 delegates, about four times that of the largest private convention facility currently available in Phuket.

Plans to build a world class convention center in Phuket have been studied and discussed for over two decades – without any tangible results.