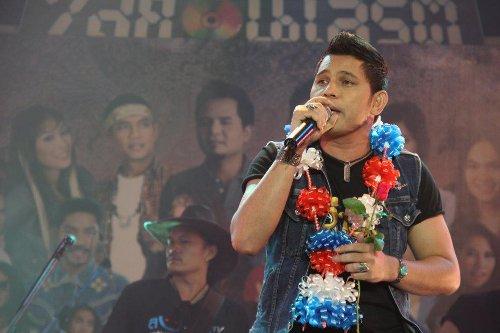 PHUKET: The island’s premier party town of Patong is set to kick off the tourism high season with its annual carnival, starting today and running to December 20.

Organized by the Patong Municipality, the annual festival draws thousands of visitors from all over the world to mark the start of the tourism high season in Phuket, which traditionally runs from December through February.

Much of the live entertainment throughout the festival will be performed on two stages. Stage One will be a beachfront stage next to the police box at the end of Soi Bangla; Stage Two will be at the football pitch next to Loma Park.

As is now tradition, the festival fun will begin with the annual Patong Carnival Parade, which starts at 5pm today.

Phuket Governor Maitri Inthusut told the Phuket Gazette that he truly appreciated all the effort that went into making the event the success that it is.

“I am so glad that every government office works together as a team to make this event happen. I am certain the festival will help promote our island and give our tourists a memorable impression,” he said.

At the publicity launch of the event, on a stage at Soi Bangla last week, Patong Mayor Pian Keesin vowed that this year’s carnival will be the best yet.

“We are well prepared to welcome tourists to visit our festival. We have used four criteria for organizing the event: peaceful, clean, convenient and comfortable. I am sure that this year’s event will be even more wonderful than even last year’s carnival,” he said.

Patong Municipality has issued its schedule for this year’s carnival entertainment as follows:

9am: Food offering to monks at Loma Park

10:10am: Vendors at Loma Park open to sell OTOP products

5pm: Patong Carnival@Parade. The president of ceremonies and guests will arrive at Stage One to view the parade, which will start from Phang Muang Sai Kor Road and proceed along Prachanukhro Road and Thaweewong Road (the beach road) until it reaches the football field next to Loma Park.

8am: Divers and volunteers start preparations for the underwater cleanup at the meeting point next to the beachfront stage, located opposite Patong Seafood Restaurant.

9am: Opening ceremony and start of the underwater cleanup.

10am: OTOP products on sale at Loma Park.

From 7pm Stage 1: Traditional performances by Harn Thao Rangsri Prachasan School in Phatthalung, followed by a live concert by Pong Lang Sa On.

From 10am: Seafood and local food on sale from Soi Bangla to Prachanukroh Road.