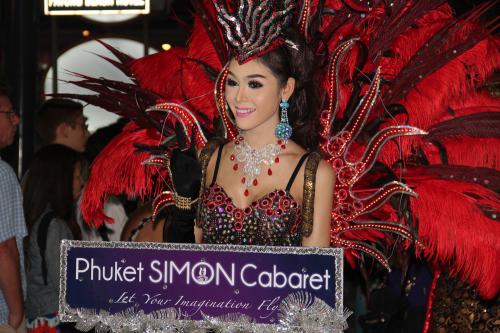 PHUKET: Thousands of tourists and Phuket residents lined the streets of Patong yesterday evening to usher in the annual Patong Carnival, held each year to unofficially mark the beginning of the tourism high season.

This year, branded the “Patong Fun Fest”, the carnival got underway with the traditional parade, snaking its way from Phang Muang Sai Kor Road, Prachanukhro Road and Thaweewong Road (the beach road) to the Laem Petch football field opposite Loma Park (map here).

“I am so glad that every government office works together as a team to make this event happen. I am certain the festival will help promote our island and give our tourists a memorable impression,” Vice Gov Somkiet said.

This year, the six-day festival is expected to generate up to 100 million baht, Vice Governor Somkiet noted.

“Patong Police led by Superintendent Chiraphat Pochanaphan and the Tourist Police will take full responsibility for looking after tourists and everyone who attends the festival,” he assured.

As usual, the annual carnival has attracted a star-studded lineup to perform live on stage for partygoers. Live entertainment will be performed on two stages. Stage 1 will be a beachfront stage next to the police box at the end of Soi Bangla (map here) and Stage 2 will be at the Laem Petch football field next to Loma Park (map here).

For the full program of live entertainment, click here.