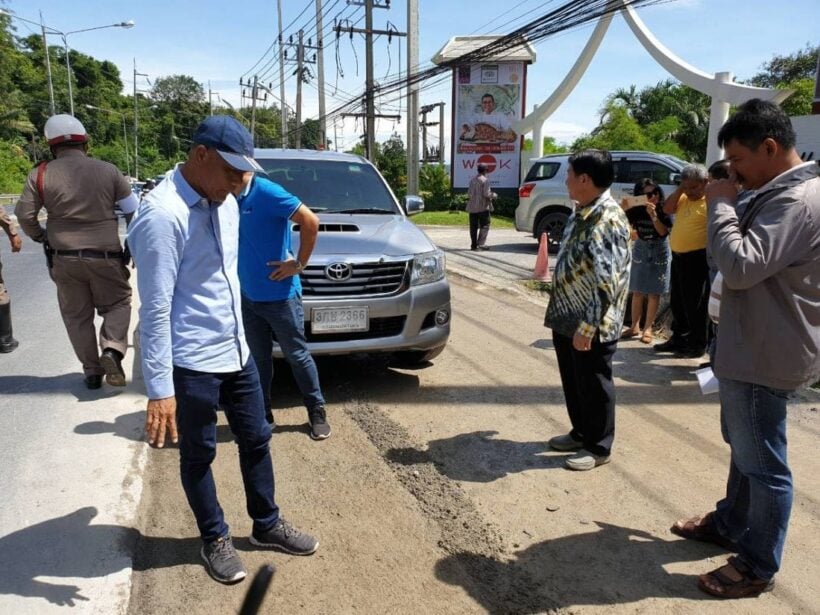 Phuket officials have followed up complaints after some motorists had been injured in various incidents on Road No 4028 (Patak Road). Signs in three languages and traffic lights have been installed to help warn motorists.

Vice Governor Prokob says, “Some motorists have been injured on this road which is now being renovated between Chalong and Karon, a stretch of 1.5 kilometres. The contract runs for three months from October 13 to January 16 with a 12 million baht budget.”

“Warning signs and light are now being installed to warn motorists. Warning signs will be in Thai, English and the Chinese language. The contractor will also clear some loose materials off the road while the road is being constructed.”

“Many roads in Phuket are being renovated to improve the island’s roads and safety. Please be careful when driving.  The construction is being hurried as fast as possible.”