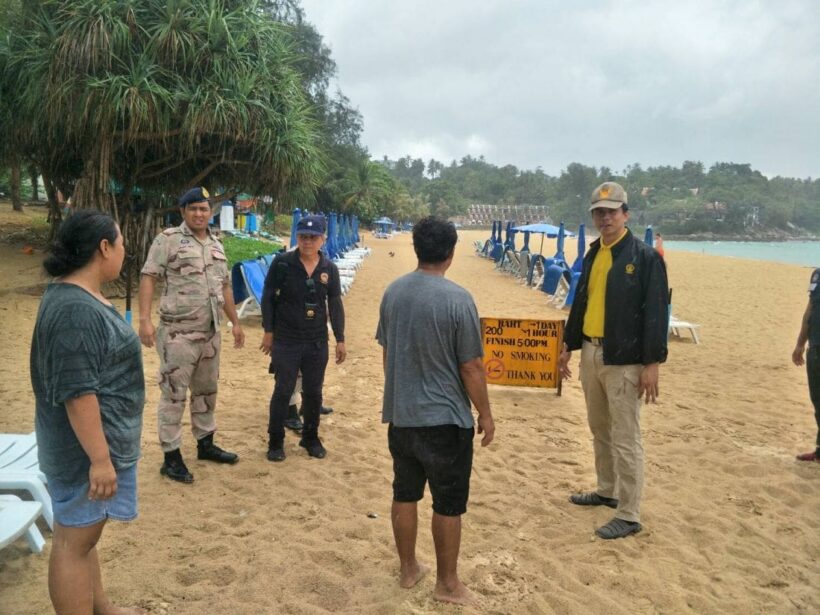 Officers  inspected Karon Beach after they have received a complaint that beach sun lounges were creeping back and taking more than the 10 percent regulation zoning. The ubiquitous white plastic lounge chairs, that used to cover up vast swathes of Phuket’s popular beaches were all but banned when the NCPO took over government in 2014. Since, 10 percent zones have been permitted on most west coast beaches.

The inspection at Karon Beach yesterday was led by the Chief of Provincial Administration Group Siwat Rawangkun.

The inspection followed complaints in a local LINE App group saying lots of beach sun lounges were seen on Karon Beach and were more than the 10 percent area of the regulations.

Officers reported that those beach sunbeds were in the area of the 10 percent in Zone 5 that are allowed as part of the regulation zoning.

“The pictures in the LINE group that seem to show more than 10 percent of beach coverage might be because of the camera angles that made the pictures difference from the reality.” 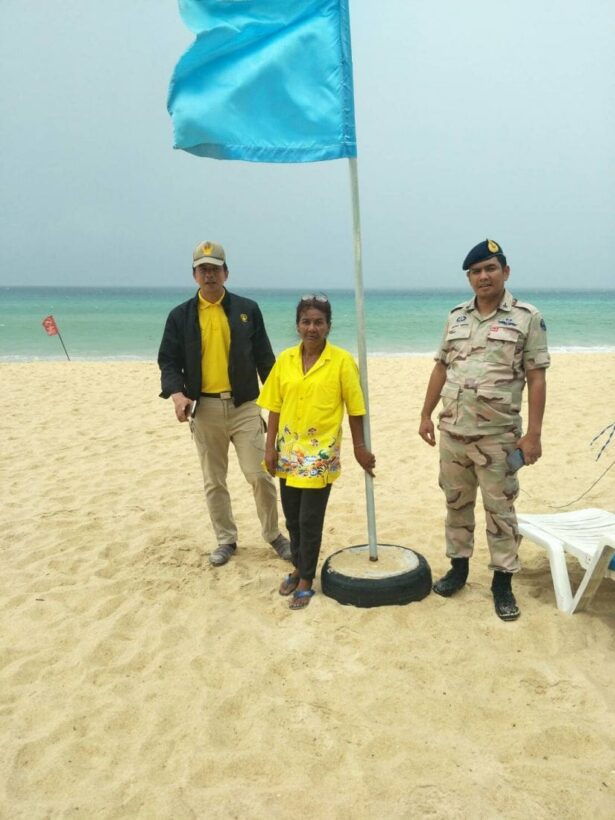 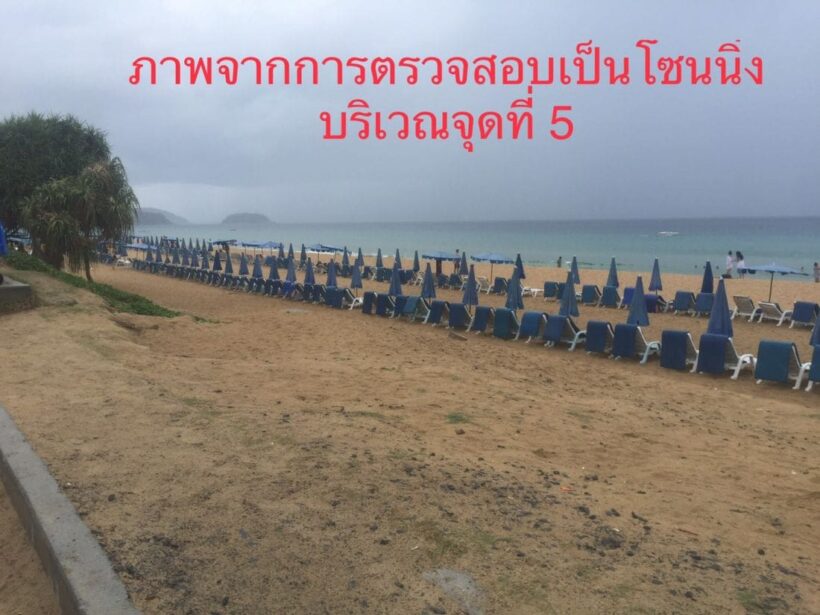 UPDATE: Visa revoked of American who funded the Phuket ‘seastead’