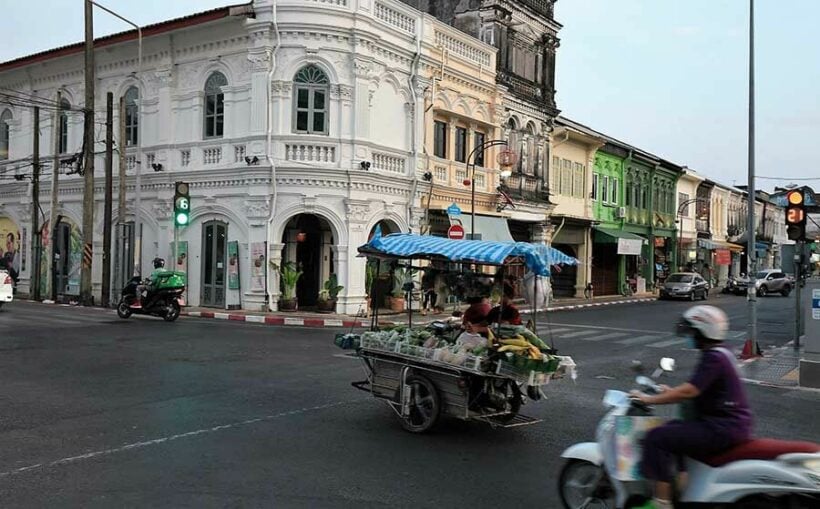 The governor of Phuket, Narong Woonciew, says all Covid-19 screening measures will be dropped for fully vaccinated visitors coming to the southern island. His announcement refers to DOMESTIC travellers. The announcement came on the back of the infection rate dropping to 98 cases a day.

In addition, Narong says 70% of the island’s residents have now had a booster dose of a Covid-19 vaccine and healthcare facilities on the island are well-equipped to deal with any additional cases. According to a Bangkok Post report, the island will drop screening measures for vaccinated domestic visitors from Sunday.

The decision was made at a meeting of the island’s provincial health officials, which was also attended by the deputy governor, Pichet Panapong, a number of state agencies, and representatives from the private sector. In order to help boost domestic tourism on the island, it was agreed to lift screening measures for all fully vaccinated visitors arriving by land and sea from May 1.

It comes as the CCSA approved a proposal to drop PCR testing on arrival for vaccinated international arrivals by air from the same date. However, unvaccinated tourists will still need to take a PCR test (if their test is negative they will be able to re-enter Thailand without quarantine). There is also speculation that the much-maligned Thailand Pass could be a thing of the past from June 1, if the Covid situation continues to stabilise and the CCSA votes in favour of a proposal from the tourism and sports minister.

Pichet says Phuket will also allow restaurants to serve alcohol until midnight, instead of the former cut-off of 11pm, after the CCSA approved the move.

“Aside from the lifting of Covid-19 screening tests for fully vaccinated travellers, sales of alcohol at restaurants will be allowed to operate until midnight from the current legal limit of 11pm.”

With entertainment venues still not allowed to re-open, Pichet says that any such businesses that wish to operate as restaurants must first undergo an assessment by Phuket’s provincial communicable disease committee.

Vigo
Now that they have shown their ability to monitor an infectious disease, they should bring back the mandatory STI testing of the sex workers. Thailand's STI infection rates are quite grim.
Ramanathan.P
In a kitchen named "Thailand" there are too many cooks spoiling the soup.....

Bluesofa
4 minutes ago, Ramanathan.P said: In a kitchen named "Thailand" there are too many cooks spoiling the soup..... Isn't that brothel, err, err, broth?

Fundok
5 hours ago, Thaiger said: The governor of Phuket, Narong Woonciew, says all Covid-19 screening measures will be dropped for fully vaccinated visitors coming to the southern island. His announcement refers to DOMESTIC travellers. The announcement came on the back…

Get the best quality dental treatment at Edelweiss Dental House