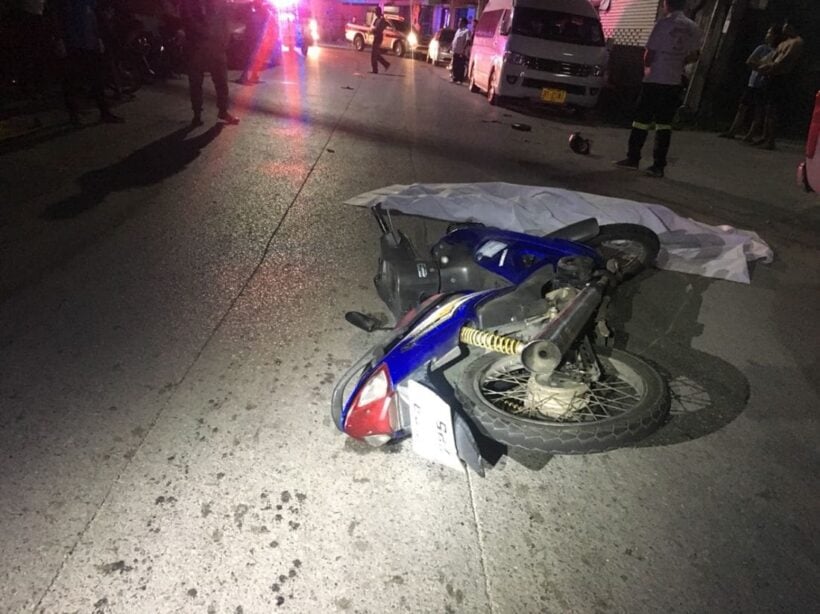 A motorbike driver has died at the scene after colliding head on with a pickup truck in Rassada earlier this morning.

The Phuket City Police were notified about the accident at Soi Paneang in Rassada at 01.05am.

Police and emergency respondents arrived at a curve in the road to find the damaged motorbike. Nearby they found the body of a man who was later identified as 44 year old Tritsadee Kankasikam from Kamphaeng Phet with a serious head injury. His dead body was taken to Vachira Phuket Hospital.

Nearby police located a pickup truck with the driver, 45 year old Kittisak Chonlarat from Phuket, waiting for police at the scene.

Police report that the pickup truck was driving along the road, heading in the opposite direction, and in the opposite lane. Arriving at the curve the two vehicles ended up in the same path of traffic.

Police have conducted an alcohol breath test on the pickup truck driver but no alcohol was detected.