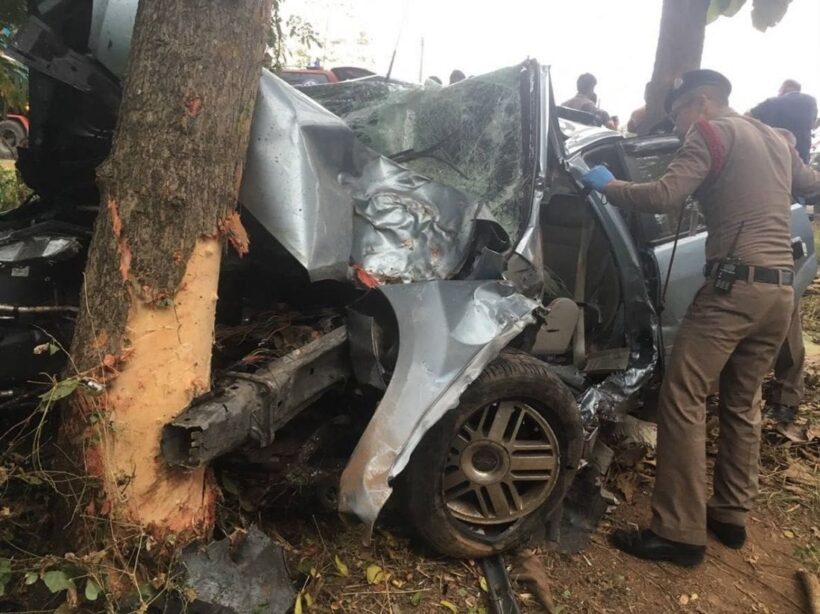 A total of 236 people have killed and 2,265 others injured in 2,194 road accidents after number were released for the first four days of the New Year holiday period’s “seven dangerous days”. The tally includes deaths and injuries from last Thursday up to Sunday night.

Songkhla had yesterday’s most number of crashes at 23 cases and most injuries at 24 persons, while Nakhon Ratchasima reported the day’s highest fatalities with five deaths.

The major causes of accidents remains drunk driving at 42.4 per cent, followed by speeding at 30 per cent. Of the accidents, 80.31 per cent involved motorcycles followed by pick-up trucks at 6.39 per cent.

Bangkok had the highest cumulative drunk driving cases at 295 cases followed by Maha Sarakham at 224 cases and Sakhon Nakhon at 207 cases. So far only 33 drunk drivers – 26 in Bangkok, four in Khon Kaen and three in Buri Ram – have been ordered to wear Electronic Monitoring (EM) devices from January 1 onwards. They are also banned from going out between 10pm and 4am for 15 days, must undertake 24 hours of social services, and will have their licences suspended for six months, he added.

An NCPO spokeswoman, Colonel Sirichan Nga-thong, meanwhile reported that a total of 2,729 vehicles (1,945 motorcycles and 784 automobiles) and 4,326 driver’s licences had been seized from drunk drivers in the first four days of the period.