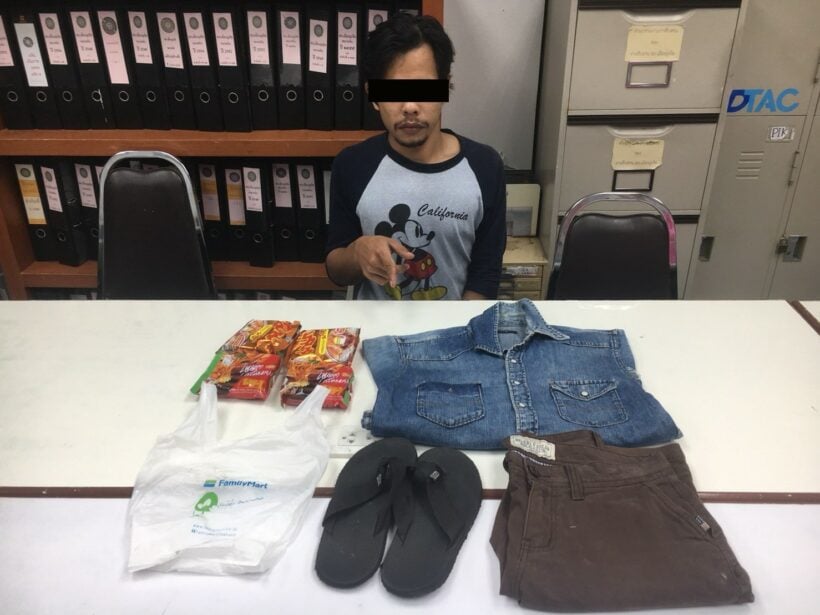 On Thursday the Phuket City Police were notified that a suspect used a gun to rob a FamilyMart on Maeluan Road in Phuket Town at 3.40am. The suspect threatened a staff member with a BB gun to hand over 2,500 baht in cash.

Police tracked him down with CCTV and, having identified the suspect as 25 year old Aroon Hongmanee from Satun, issued an arrest warrant for him on August 5.

Police arrested Aroon at Tesco Lotus in Thalang. Police found a FamilayMart plastic bag and  instant noodles at his house in Thalang. Aroon admitted that he doesn’t have a job and needed money for his daily living.

He was taken to the Phuket City Police Station where he has been charged with theft, illegal possession of firearm and carrying gun in public without permit.