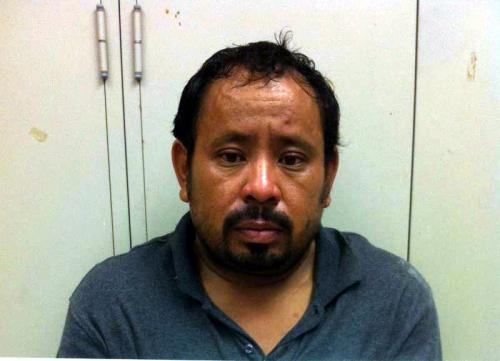 PHUKET: A random stop of two men at a checkpoint in Phuket Town on Thursday night netted Phuket Police drugs, guns and a man wanted on an attempted murder charge.

“Mr Narongsak was driving a pick up truck and Mr Nikom was his passenger. We stopped their car and asked to search it,” said Phuket City Police Chief Sermphan Sirikong.

Police found a .357 handgun in Mr Narongsak’s pants pocket and 25 grams of ya ice (crystal methamphetamine) in a bag in the pickup.

The two men were taken to Phuket City Police Station and charged with drug and gun possession.

While processing the arrest, police discovered Mr Narongsak was wanted by Chalong Police on an outstanding arrest warrant for assault with intent to kill.

In following up on the arrests made on Thursday night, police also searched the men’s shared room on Surin Road and found 1,626 pills of ya bah (methamphetamine) under the bathroom sink.

In addition, “Mr Nikom confessed that he had two more handguns and 5 grams of ya ice hidden in the pickup truck.He told us where they were under the gear lever cover,” said Lt Col Prawit.

The two men were charged with the possession, sale and distribution of a class 1 narcotic.

Phuket Red Cross calls for A, B, Rh- blood donations