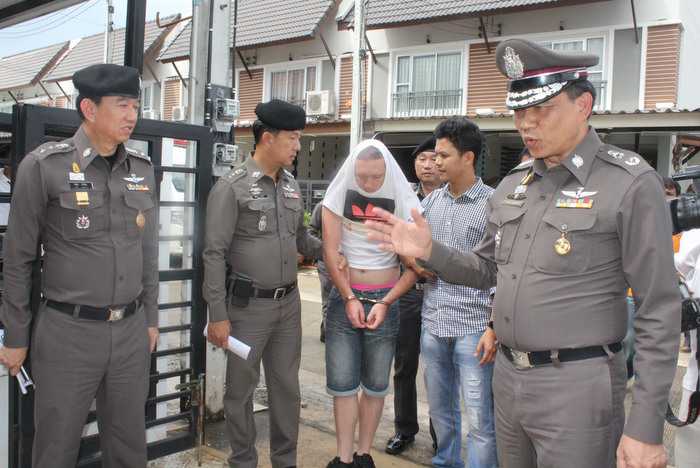 PHUKET: Police netted three foreign and three Thai drug suspects, and seized more than 1 million baht of cocaine and marijuana in two separate busts in Phuket over the weekend.

Officers made the first arrests on Saturday when they were called to a residence in Sabai Village in Kathu after neighbors reported sounds of a fight.

“At 1:40am, police arrived at the house and found French national Jeremie Alexander Victor Pirad, 26, and three others inside the house. When Mr Pirad saw police, he ran upstairs and tried to hide a UPS [power supply unit],” Phuket Provincial Police Commander Patchara Boonyasit said.

“Officers pursued him and found 313.09 grams of cocaine hidden in the UPS.”

Mr Pirad was arrested and charged with possession of a Category 2 drug with intent to sell.

The three others, French national Maxim Ferrandez, 23, and Thai nationals Sirinya Pidtarate, 29, and Wikanda Ngamprasert, 24, were found in possession of more than 2 grams of marijuana between them.

“They have been charged with possession of a Category 5 drug,” Maj Gen Patchara added.

During questioning, Mr Pirad told police that he bought the drugs from a Nigerian man named Oshi-Oma Declan, 30, and Thai woman Songsri Khamsri, 31.

Officers then made an appointment for an undercover officer to buy drugs from the suspected dealers.

“Mr Declan and Ms Songsri were arrested later that night near Banzaan Market in Patong in possession of 20 grams of cocaine,” Gen Patchara explained.

The pair were arrested with possession of a Category 2 drug with intent to sell.

“We are questioning Mr Declan to find more suspects in the network,” said Gen Patchara.

Sumatra earthquake no cause for Phuket alarm, say experts