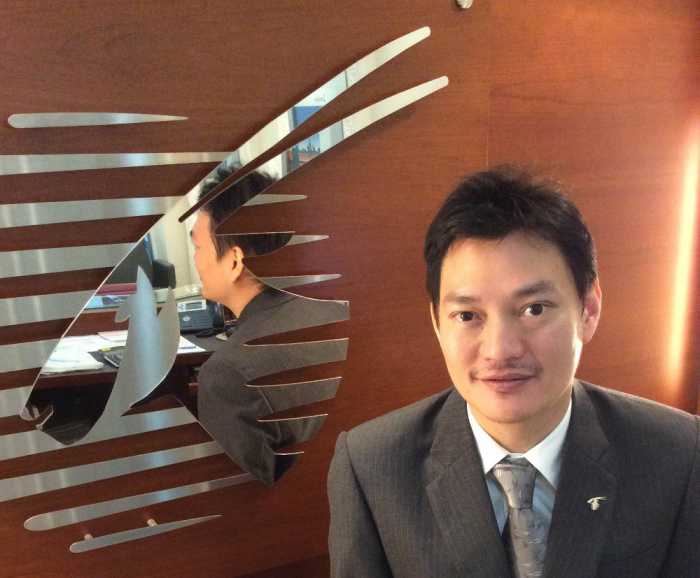 “The start of non-stop services from Doha to Phuket offers travellers from around the world access to the popular tourist destination in a reduced time, from across our expanding global network,” said Qatar Airways Group CEO Akbar Al Baker in a press statement.

The airline had been operating daily flights to Phuket via a linked service through Kuala Lumpur.

Patipat Sawasdee, commercial manager of Qatar Airways in Phuket, said that feedback had been positive in terms of forward bookings inbound, as well as from local tour operators with outbound bookings to destinations in Europe.

“We are preparing to issue promotional fares of 30 to 35 per cent below the normal price for a short period to stimulate the market,” he said.

The launch of direct flights from Doha has also spelled the end of the Phuket-Kuala Lumpur route, which had been popular with visa runners since its launch in 2010.

“As a way of thanking all those who used the route, we will also be offering very cheap ‘run-off’. These are still in the pricing process,” said Mr Patipat.

Mr Al Baker said the timing was perfect as the tourism high season is rapidly approaching.

“With the upcoming winter holidays, this is a great opportunity for travellers from the Middle East, Europe, Africa and the Americas to plan their break with a beach vacation to Phuket. Visitor numbers to Phuket are on the rise and Qatar Airways will look to take advantage of the non-stop connections to the city in the days to come,” he said.

The direct flights to Phuket are served by Airbus A330 aircraft in a two-class configuration of 24 seats in Business Class and 236 in Economy.

The new non-stop service facilitates shorter travel times, typically by three hours, for the growing number of tourists to Phuket, as well as for those heading out of Thailand.

Europe in particular is a growing visitor market for Phuket with the UK, Russia, Germany, France and Italy among the top five feeder markets. This makes Doha a strategic linking point for long-haul trips, thanks to the opening of the world’s newest aviation hub, the state-of-the-art Hamad International Airport.

Passengers travelling from European cities to Phuket can relax, unwind and freshen up in the modern world-class facility before they connect to Phuket.

“A dedicated non-stop Phuket service will help meet the growing demand the airline has for this particular destination,” added Mr Al Baker.

“Moreover, Europe is an extremely popular destination for a number of Thailand-based locals as well.

We are therefore very pleased to be able to continue to offer more options to those looking to travel with us and enjoy our award-winning five-star service.”

Qatar Airways, which is the State of Qatar’s national airline, has seen dramatic growth in just 17 years of operation. Its fleet of 135 aircraft now service 144 key business and leisure destinations across Europe, the Middle East, Africa, Asia Pacific, North America and South America.

The original version of

Phuket body transformation: And so it begins