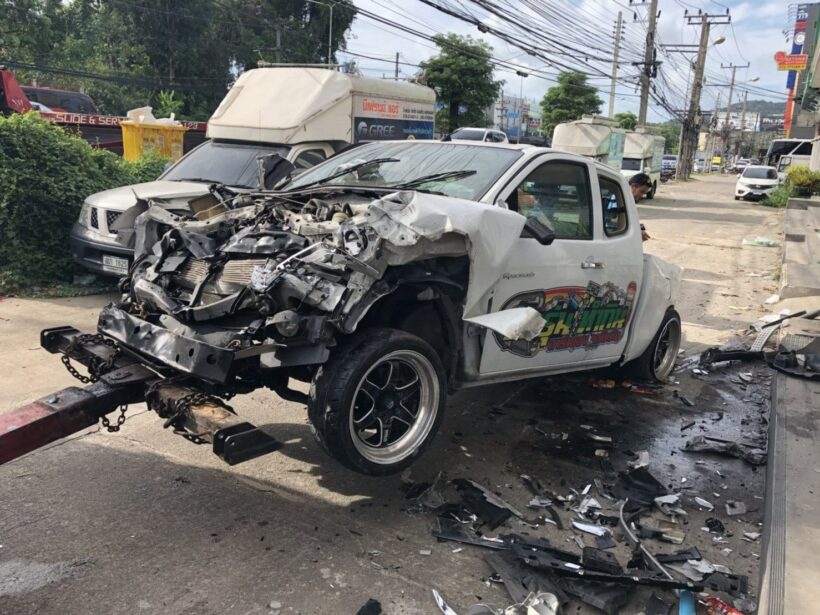 Four men have been injured after three vehicles were involved in a collision on Thepkrasattri Road in Rassada his morning (Aug 2).

Kusoldarm rescue workers were notified of the incident at 6.28am today on Thepkrasattri Road, northbound lane, near the SuperCheap main store in Rassada.

In the video you can see the white pick-up travelling at high speed, swerving to avoid hitting a car in front, and then careering off the road into show houses along the side of the road.

All were taken to Vachira Phuket Hospital.

How fast were they going?! Watch the dramatic video here…