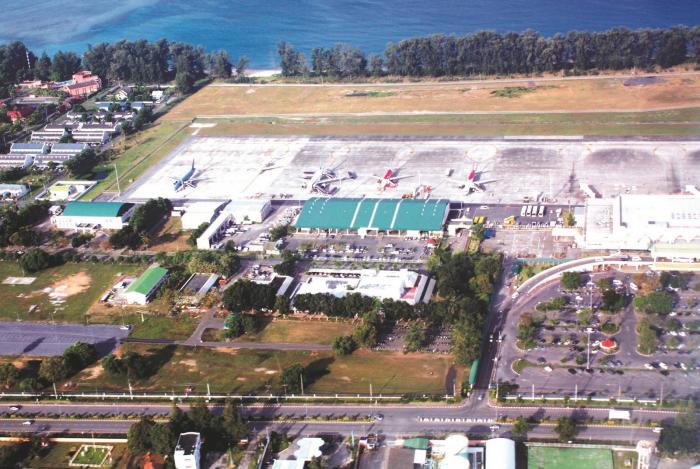 Meanwhile, there have been calls for some small airports upcountry, such as in Roi-et, Nakhon Ratchasima and Hua Hin, to be upgraded to international status in order to attract more foreign airlines and tourists. The Transport Ministry also plans a new airport in Yala Province.

Wandee Tiansawakit, a tourism ‘expert’ and former president of the Professional Tourist Guide Association in Buriram Province, said businesses such as hotels and travel companies wanted the government to make Buri Ram Airport an international facility as well as adding a new cargo terminal.

The province has become a famous sports destination thanks to the success of the Buriram United Football Club. If Buriram Airport could gain international status and a customs office, and have its cargo-handling ability upgraded, it should attract more domestic and foreign airlines into the lower part of the Northeastern region and boost tourism.

The private sector in Nakhon Ratchasima is urging the government to develop its airport as the city is growing.

Representatives from the Department of Airports, which owns Krabi Airport, says it plans to expand capacity to serve the increasing number of flights by low-cost airlines. The airport was originally designed to handle 3 million passengers a year, but the numbers keep rising. The department is also planning a new airport in Yala’s Betong district, and the Transport Ministry has taken responsibility for that plan.

Airports of Thailand (AOT), which operates Phuket International Airport, said the airport’s capacity had been increased from 6.5 million passengers per year to 12.5 million after completion of a new international passenger terminal.

Meanwhile, at Bangkok’s main airport, Suvarnabhumi, Prime Minister Gen Prayuth Chan-o-cha visited sites at its second-phase expansion in September and was reassured that annual passenger capacity would be increased from the current 45 million to 60 million by 2019.

One dead, one severely injured in Phuket truck crash