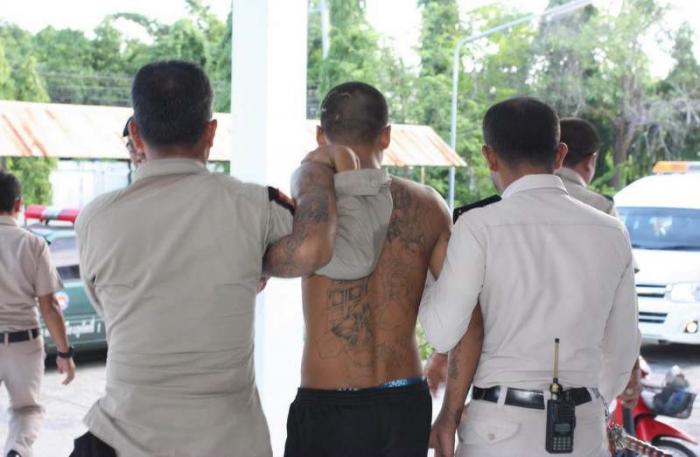 PHUKET: A group of 35 juvenile delinquents, including at least one charged for involvement in the Thalang riot last October, wreaked havoc at the Phuket Juvenile Observation and Protection Center (JOPC) at Saphan Hin yesterday afternoon.

Phuket City Police was called in to control the situation by JOPC Director Rawee Kuhapimook.

“The group grabbed hold of fire extinguishers and sprayed them into the building’s ground and pond. They also destroyed property on the premises, including in the canteen, behavior therapy room and grounds,” said Ms Rawee.

Police subdued the unruly youths and rebuked them.

“Once we had the situation under control, everyone was fed and gathered together on the second floor,” said Col Komol Osiri of Phuket City Police.

The instigator of the incident, a 17-year-old brought in on drug charges and identified as one of protesters in the Thalang Police Station riot last year (story here), has been temporarily moved to Phuket Provincial Prison, Col Komol confirmed.

“He was bullying newcomers and inciting others to join in the destruction,” said Ms Rawee.

The incident, which took place during visiting hours, has pushed JOPC officials to increase visiting frequency from three days a week to daily. Ms Rawee said that frequent interaction with family members will help prevent such incidents in future.