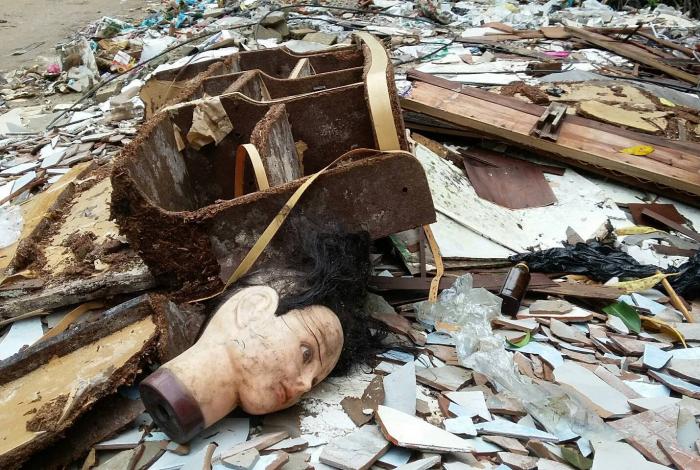 KRABI: Officials are taking on a fly tipping complaint that has been riding the social media airwaves for about a week.

In the online post, locals and tourists complained about a mangrove forest at Noppharat Thara – Mu Ko Phi Phi National Park, publicly asking for help from officers in charge of the area.

The trash was located in front of the storeroom of the Krabi OrBorJor in the Tonsai sub-district, about 300 meters from the Krabi OrBorJor School. The pile of trash comprised about 10 tonnes of construction debris, wires, broken toilets, mirrors, wheels, as well as various other items including the head of a mannequin.

Some of the trash also spilled over into the water nearby, reports said.

The post also stated that if quick action isn’t taken, the natural ecosystem of the area, including hundreds of monkeys that live there, will be adversely affected.

Locals say that the previous park chief cleared the area in the past, planted more trees, and also installed a ‘do not throw rubbish here’ sign in order to avoid future occurrences. However, they claim that now people dump their trash at night.

Park chief Sarayuth Tanthien, after seeing the post, dispatched officers to clear out the trash.

“It will take some time to take care of the trash,” said Mr Sarayuth. “We’ve cleared trash from the area in the past, but people keep ignoring the sign and continue to do so.”

“We will not just do a clean up this time. We will find the people responsible, so that legal action can be taken against them,” warned Mr Sarayuth. “We encourage everyone to send us evidence and tip-offs if they see anything.”