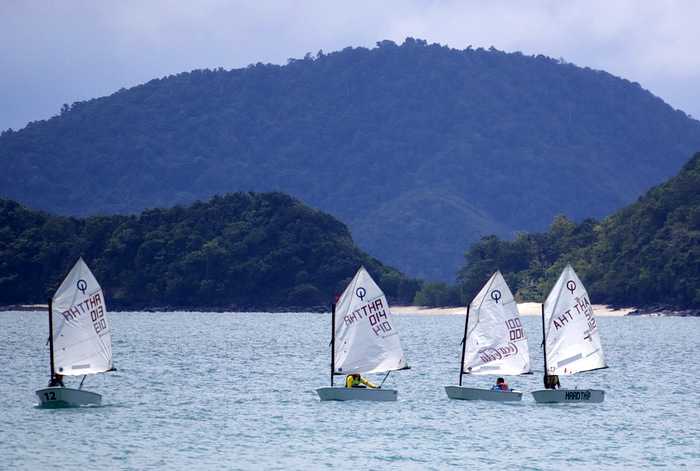 PHUKET: A fleet of 25 Optimist and seven Laser dinghies set sail off Cape Panwa last weekend as the Phuket Dinghy Series 2014 got underway, ahead of the Phuket King’s Cup Regatta to be held in December.

Racing began in front of the Sailing Club of the Royal Thai Navy Third Area Command Base at 11am, with breezes of eight to 12 knots filling in and clear skies above giving the young sailors the picture-postcard views that Phuket has become renowned for.

The series finale will be held at Kata Beach on November 29 and 30, the first two registration days of the King’s Cup Regatta.

The standings so far are:

Qualified, top sailors are expected to race a large fleet of International Dinghy Class in the Phuket King’s Cup Regatta during the first week of December when competitors will flock from national and international locations to take part in the renowned sailing event.

The popular dinghy series races with full support from PTT Global Chemical who recognizes the potential of Thai youth in sailing sports.

Phuket looks to “Beach Police’ to serve and protect tourists