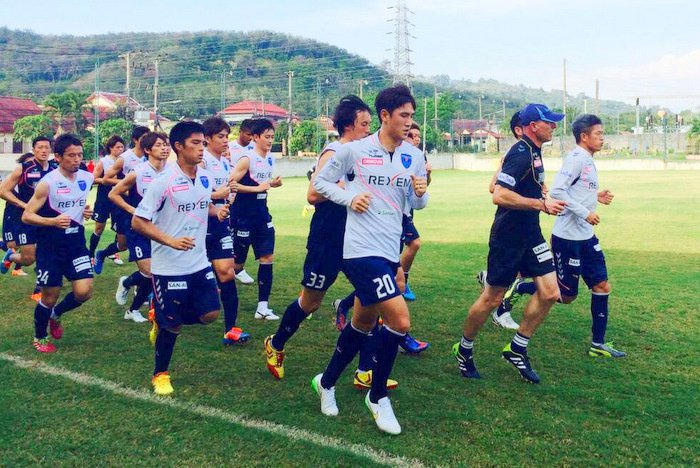 PHUKET: About 50 players and support staff from the Japanese football club Yokohama FC arrived in Phuket this morning, ahead of their two friendly matches against Phuket FC at Surakul Stadium on January 22 and 25.

The squad will be here until January 26. They will train at the Republic Phuket football field at Chaofa Thani housing estate on Chao Fa West Road in Chalong, Phuket FC public relations liaison Praphaphon Songnissai told the Phuket Gazette.

“The team is on tour before the new season begins in Japan,” she said, adding that Yokohama FC is in Division 2 of the J League.

While on the island, the Yokohama squad will hold football clinics for children over two days.

“Children who are members of the Phuket FC fan club and those from the Japanese community in Phuket can attend free,” said Ms Praphaphon.

“People wanting to see the Yokohama FC players in action before the two matches against Phuket FC can see the squad in training at the Republic football field every day from 9:30am to 11am and 3pm to 5pm.”

Both matches against Phuket FC will begin at 7pm, she added.