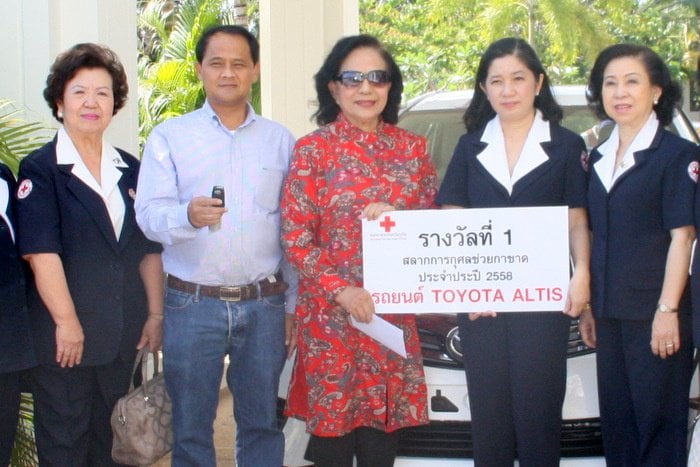 “I never expected to win,” Mrs Sompit said, adding that she bought only two tickets. “I don’t know what else to say. I am thankful to the Red Cross and I will keep supporting the Red Cross Fair.”

“Many minor prizes, such as electric fans, have yet to be claimed by winners,” said Sarawut Rukkaw of the Phuket Red Cross.

Winners have until February 28 to claim their prizes.

“After then, unclaimed prizes will be donated to the Red Cross,” Mr Sarawut said.

Phuket, give blood out of love